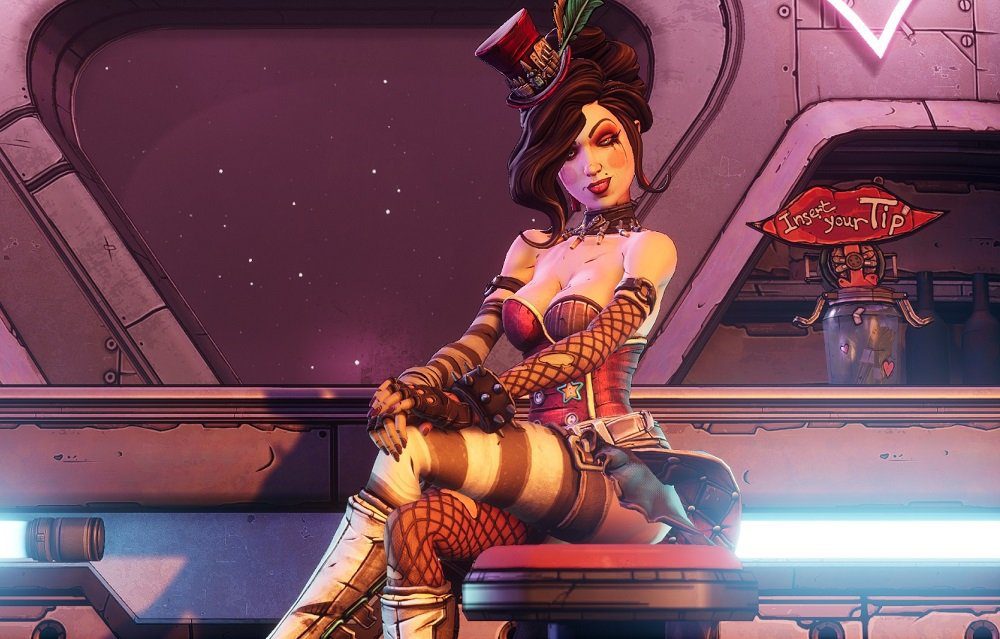 Lionsgate continues to round-up stars for the cast of its wild-sounding cinematic adaptation of Gearbox shooter Borderlands. The latest industry veteran to join the all-star cast is the wonderful Gina Gershon, who will be taking the coveted role of Mad Moxxi.

Moxxi, as Borderlands fans will be aware, is the highly charismatic and sexually charged hostess of The Underdome, where she presides over explosive and chaotic deathmatches with a flamboyant P.T. Barnum spirit. Despite her wild attire and entertaining hostess nature, Mad Moxxi is a powerful and feared figure in Pandora, as unpredictable and dangerous as she is charming and captivating.

It’s a snug role for Gershon, who has spent much of her career playing sexy femme-fatale types in movies such as Red Heat, Bound, and Face/Off. Gershon has more than proved her penchant for glam idol roles in her appearances in Ugly Betty, House of Versace, and Paul Verhoeven’s camp classic Showgirls. On a personal note, Gershon is also one of my favorite actors, so you’ll forgive your boy a hint of bias when I say I’m really excited for this casting choice.

Gershon joins an increasingly packed cast of established stars including Cate Blanchett (Lillith), Jamie Lee Curtis (Dr. Tannis), Kevin Hart (Roland), Ariana Greenblatt (Tiny Tina), Edgar Ramirez (Atlas) Janina Gavankar (Commander Knox), and Jack Black (Claptrap) — with gorehound Eli Roth on directorial duties. Shooting is yet to begin, and it will likely be some time before we get to see this particularly curious take on Pandora, but I’m admittedly fascinated to see how the project turns out when it finally blows up on the big screen.