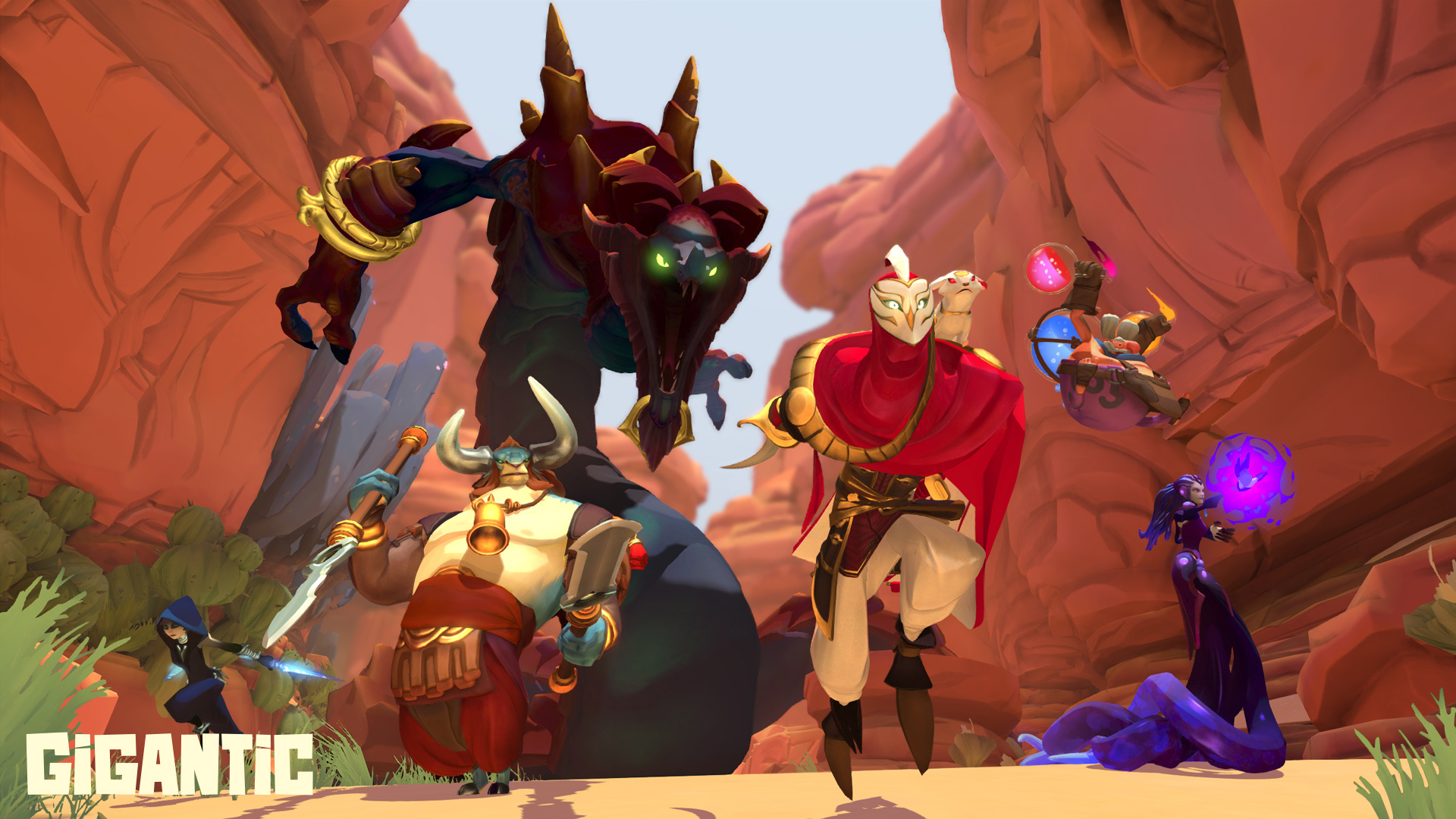 If you have been wondering what’s up with Gigantic as of late, I’m right there with you. These past few months, I think I’ve heard more about layoffs at developer Motiga than the game itself.

Gigantic is still in fact coming to Xbox One and Windows 10, but now, there are also plans for the free-to-play MOBA to support Windows 7, 8, and 8.1 with a same-day release. What changed? The studio has partnered with publisher Perfect World Entertainment.

“We couldn’t be more excited about this announcement, as it has been the number one request from our community over the past year,” said Motiga CEO Chris Chung. “At the same time, we are also working to make significant improvements to the game over the next few months, based largely on the feedback we gathered from our beta community during the last phase of testing.”

Chung added that the team is “humbled by the amount of love and support that has come from the community throughout the journey. There were friends who wanted to raise money for the studio through donations and crowdfunding. I received daily messages of encouragement in my inbox from our fans; it’s been an incredibly grateful experience. I can’t give enough thanks to all of you for the love and support you’ve shown us.”

I’m glad to see more supported platforms, but I’ll be anxious about the monetization.

Introducing a New Partner and New Future for Gigantic [Gigantic]