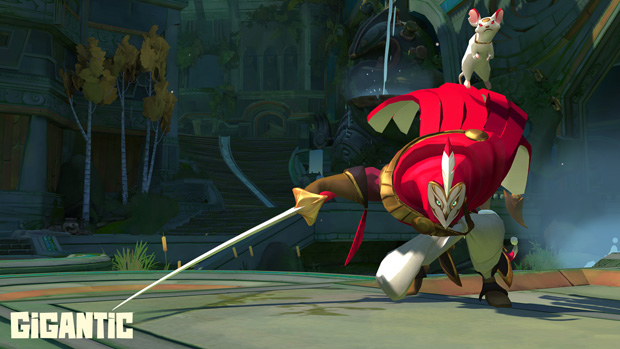 I don’t play most MOBAs, but Gigantic has my attention. It’s not one, to be clear, but there are similarities, especially with something like SMITE. Here, hero characters are leveling up to gain new abilities, but instead of pushing lanes to ultimately bring down the other team’s base, they’re fighting with and protecting their hulking guardian while trying to bring down the opposing team’s.

This PC action game is in the works at Bellevue, Washington-based Motiga for release next year. It’s the studio’s debut title, though the announcement for Gigantic is quick to point out that the team “is no stranger to blockbuster hits.” Motiga’s VP of product development James Phinney, for instance, served as lead designer on Guild Wars and StarCraft.

Gigantic has been in development for two years thanks to funding from SmileGate, NetEase, and NeoWiz — and yes, it’ll be free to play. No surprises there. From the second or so of gameplay footage tucked away in this trailer, yeah, I’m eager to see more. That owl character owns.