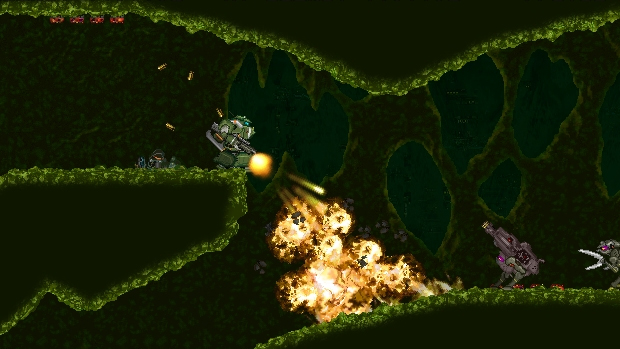 Doujin shooter Gigantic Army has been granted access to Valve’s walled garden and will be making its way to Steam in the near future, according to publisher Nyu Media. The localization group issued a statement thanking fans for their enthusiasm and continuing to allow the company to bring Japanese indie games to western shores.

The retro-inspired mech shooter will launch on the platform as soon as possible with achievements, trading cards, and Linux support. In the meantime, Nyu Media is encouraging players to pick up Gigantic Army elsewhere. Buyers that pick up the title prior to the the Steam release will be awarded Steam keys when the time comes.