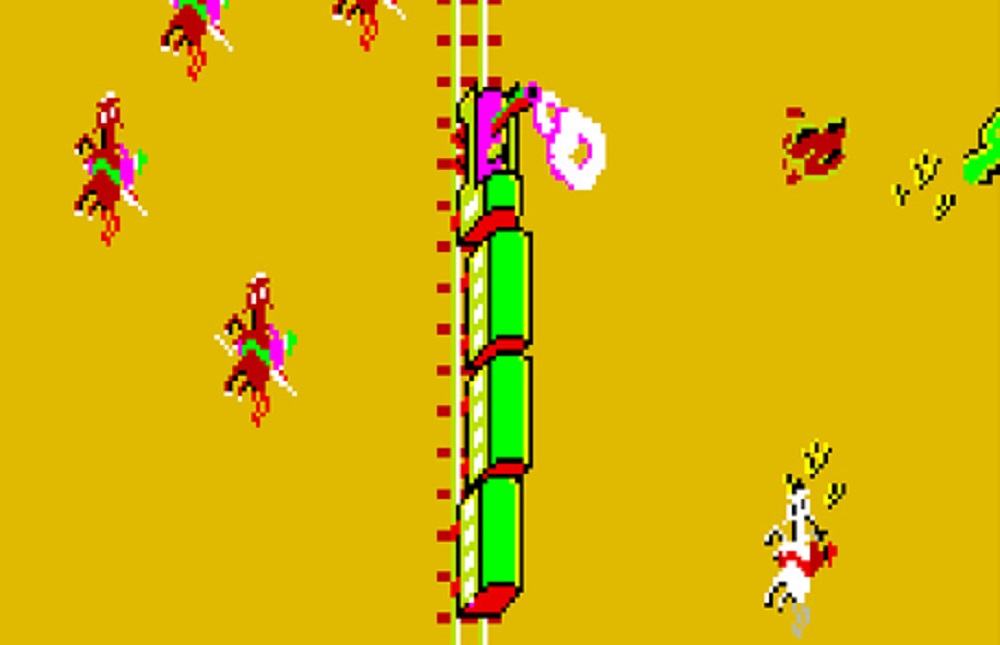 Them sidewinders are up to no good again

This week, from the big bag of retro re-releases from publisher Hamster, comes Taito’s Wild Western, an early entry in the golden age of gaming, and credited as one of the first game’s (other than Boot Hill) to use the old west as the setting for a video game. It’s the original Red Dead Redemption 2!.. erm…

Released back in 1982, Wild Western sees a train under attack from a gang of horse-riding varmints. As sheriff, it’s your job to ride alongside the locomotive and pick off the would-be hijackers, while avoiding obstacles and return fire. The round is over once all the baddies have been taken down, the sheriff is killed, or three bandits succeed in boarding the train. A bonus round tasks the player with shooting a plate out of the sky with a perfectly timed shot.

While it would be remiss not to note that, in 1982, Wild Western was a colourful and exciting title, the unfortunate reality remains that today its gameplay just doesn’t hold up. With a laborious pace and clunky controls, Wild Western is simply a victim of old father time, and is just too expensive at $8. I’m a broken record, but Hamster really need to adjust their pricing for these early ’80s titles, given that they charge the same dollar for games like Garou: Mark of the Wolves, Samurai Shodown II or Metal Slug 3.

Wild Western is available to download now on PS4 in Japan and Nintendo Switch worldwide.