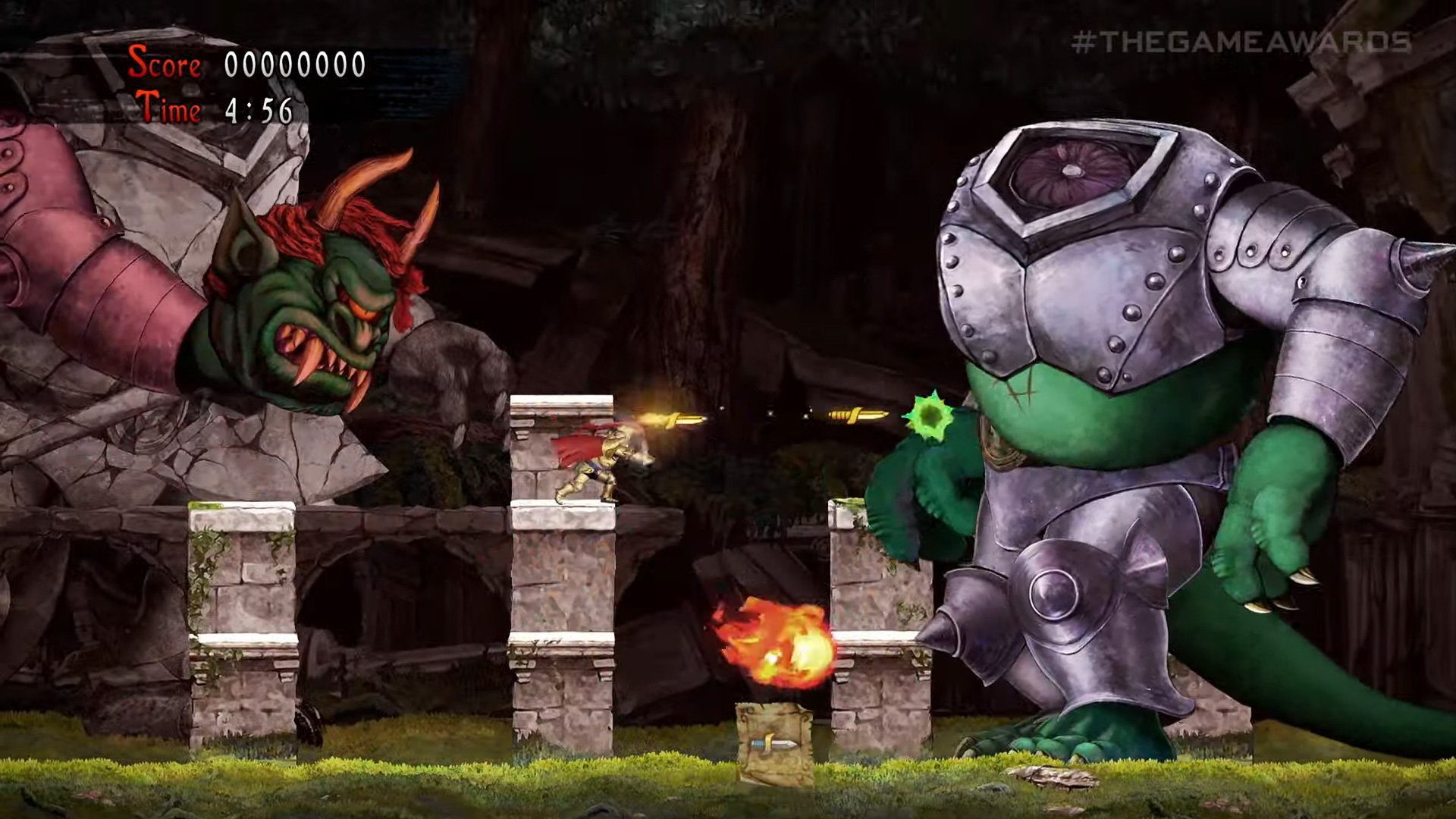 I didn’t expect Ghosts ‘n Goblins to show up looking like this, but then again, I also wasn’t expecting Arthur to get an “all-new adventure” on Nintendo Switch. Here’s our first look from The Game Awards:

It’s hard not to associate this series with tough gameplay, and on that front, there are three difficulties (Squire, Knight, and Legend) along with a “Page” mode that has unlimited on-the-spot respawns.