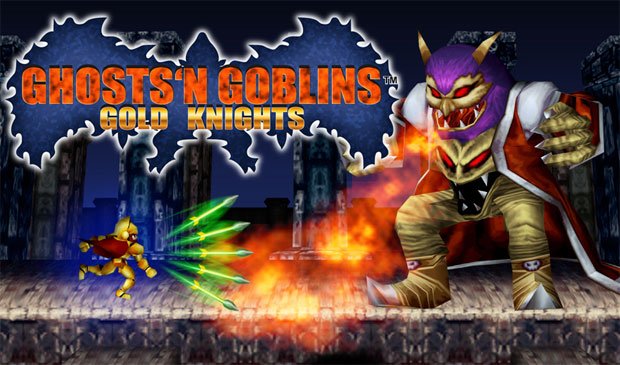 Arthur and Lancelot together in a single videogame. It’s happening. Again. Think about it!

Alright, so the name might be different than what we originally thought it was going to be, but Capcom is putting a Ghosts ‘N Goblins game out on iPhone this year; we weren’t hallucinating.

While it appears to be a reworking of the PSP game Ultimate Ghosts ‘N Goblins with added features and slightly improved graphics (or am I imagining things?), Ghosts ‘N Goblins: Gold Knights could be more than that.

Capcom only offered some brief bullet points on the matter, although knowing how iPhone projects tend to go down, I wouldn’t be surprised if my theory is correct. However, we do know one thing: DLC is planned.

Wouldn’t it be best to not talk about that sort of thing — unless of course it’s going to be free — before the game is even out?