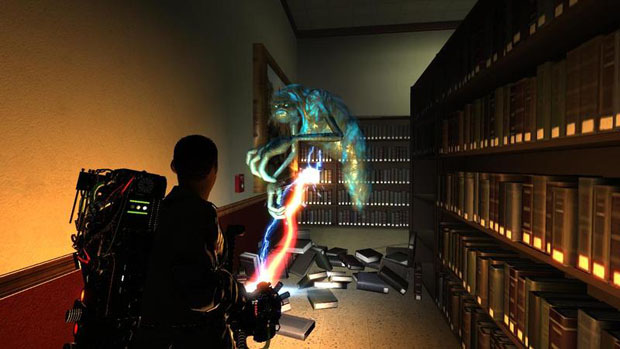 Terminal Reality used their Infernal Engine to power the upcoming Ghostbusters game, but now it seems that that same engine will go on to power even more games.

We go from hunting ghosts to…hunting bass? And deer? I guess it’s pretty versatile! It was just announced that this tech powers Piranha Games’ bass fishing title The Strike and their hunting title Bass Pro Shops The Strike. Both titles will be available for the Xbox 360, Nintendo Wii, and PC. What, no PS3? But PS3 gamers want their redneck titles, too!

“We used the Infernal Engine to develop Bass Pro Shops The Strike. The engine was very versatile, allowing us the freedom to create immense environments with a high level of realistic detail,” said Russ Bullock, President of Piranha Games. “Most impressive is that we did not have to sacrifice the level size when we developed The Strike for the Nintendo Wii. This truly is a cross-platform engine. As well, the support we received from Terminal Reality was really impressive.”

Terminal Reality will be showing off the engine at E3 to interested developers. I’d be interested in making a cross-up of these games with the Infernal Engine. Maybe you could slime deer?