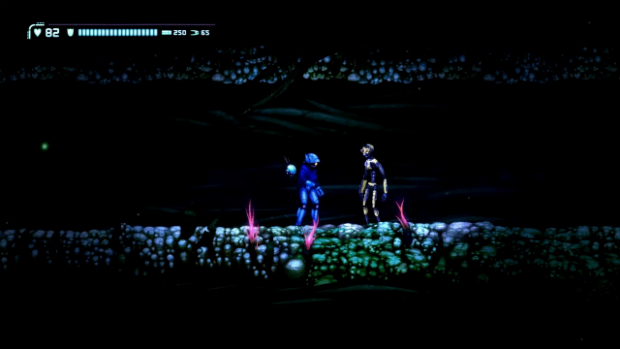 He just wanted to go to the party…

In the most recent backer update for the Kickstarter-funded metroidvania Ghost Song: a Journey of Hope, developer Matt White details some of the in-game systems and the decision to move from Unity to a different engine. The juicy bit comes at the end of the update, with a work-in-progress video that intends to show not only Ghost Song‘s Metroid influence, but also its Dark Souls influence.

The video shows off the combat, which is meant to be fast and exciting while remaining difficult. Later on in the video, the protagonist pulls a bit of a dick move by trying to crash a potluck without even having a dish prepared, and when he is called on it, he murders the robot doorman. Not cool, man. Not cool.