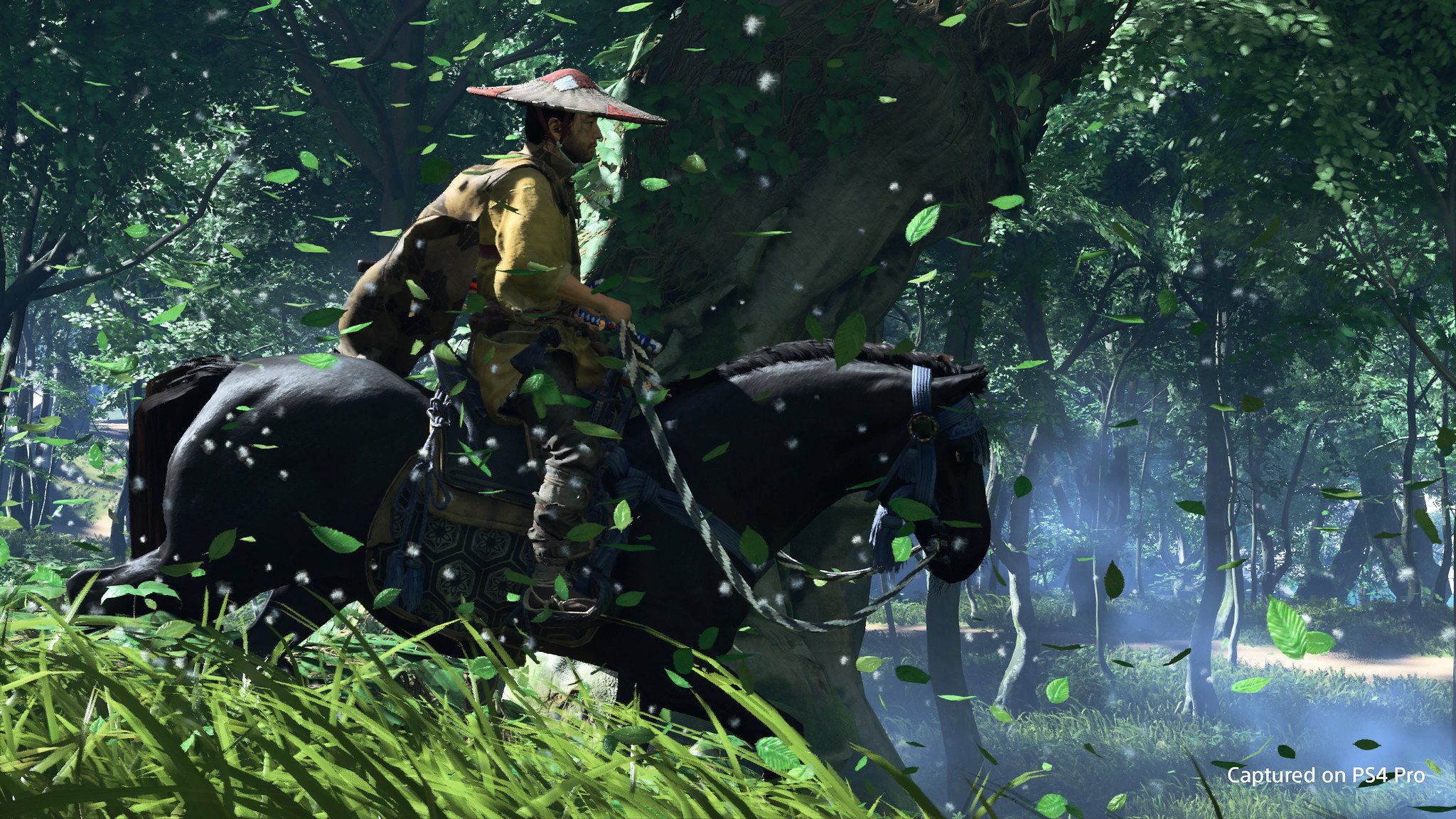 Once I got the Betrayer’s Hat, I never took it off

The PlayStation Store is running a Games of a Generation sale until October 14, and if you’ve been waiting for a discount on the digital copy of Ghost of Tsushima, here it is. $45 is a more-than-fine price.

I just wrapped up the story this week and I’m making a renewed push to finish every last morsel – even that annoying five-standoff-kills-in-a-row trophy – before the co-op Legends mode comes out. Aside from far too many “follow the footprints” moments, Ghost of Tsushima has been an utter delight.

A case could be made for waiting until the PS5 is out to dive into this game, but it’s smooth as is on PS4. Sucker Punch Productions’ unusually fast load times are invaluable. The samurai action is cool, it’s fun to become OP after feeling so weak early on, and the horseback exploration never loses its magic.

As for the rest of the sale, given that there over a hundred games, they can’t all be generation-defining experiences, but on the whole, there are plenty of tremendous titles to consider picking up. Just make sure you don’t inadvertently buy anything that’s on the upcoming PlayStation Plus Collection list.

For all of the current anxiety surrounding the PS5, Sony sure ended the PS4 on a high note.