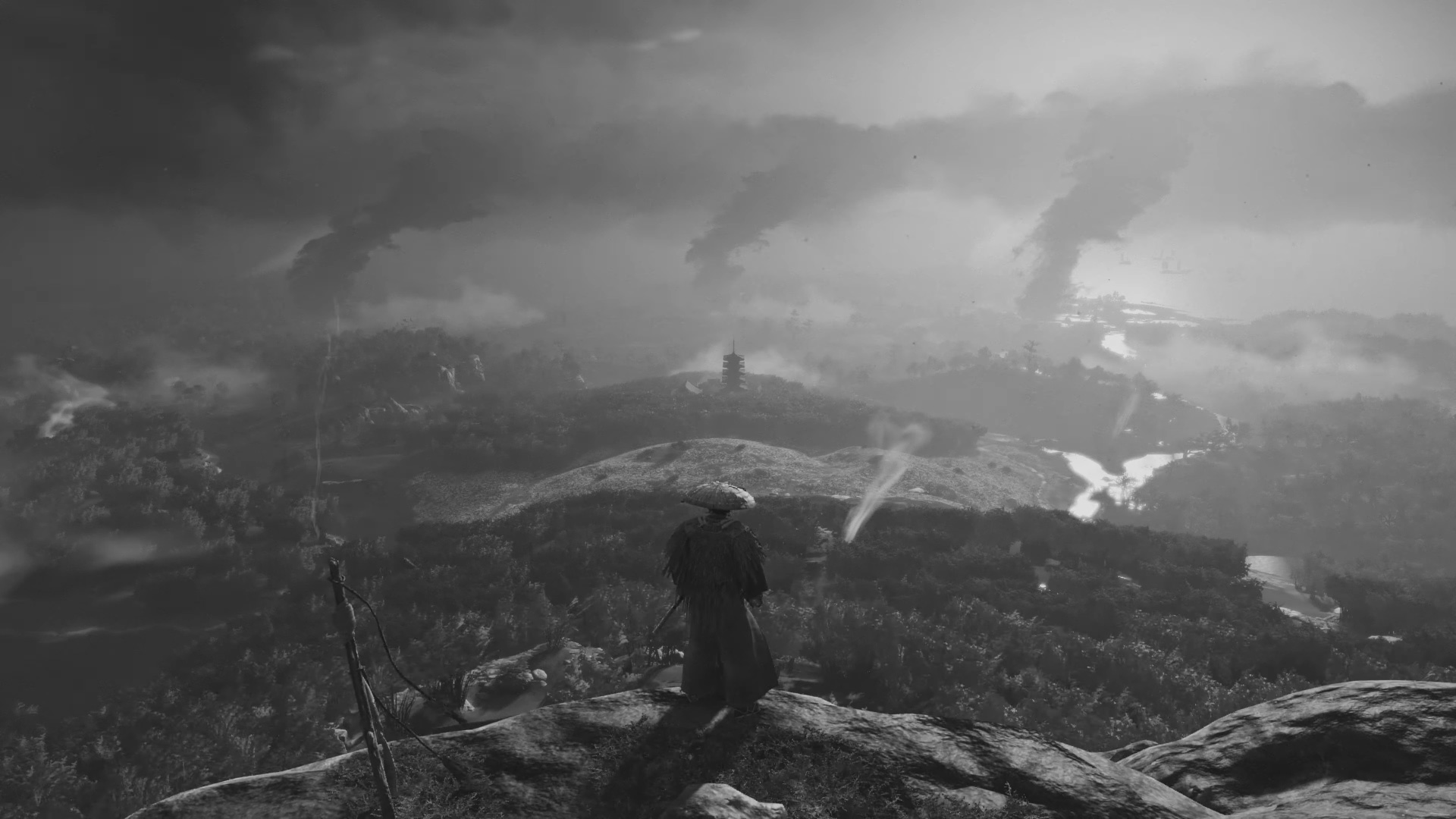 Sucker Punch Productions is in the home stretch for Ghost of Tsushima, and during today’s State of Play gameplay presentation, there were plenty of cool new tidbits. Two elements, in particular, stood out.

The first was a solution to an old open-world problem: how do you get players to feel like they’re exploring on their own terms without also running the risk that they’ll get lost? Sucker Punch is shying away from traditional waypoints in Ghost of Tsushima – instead, you’ll rely on the Guiding Wind.

You know how this game always seems to have petals or leaves or something floating around? Well, you can set a marker on your map and the wind will show you the right direction without breaking immersion. There are also visual cues like smokestacks, “odd-shaped trees,” and animals to follow.

The other eye-catching feature is one that film buffs were hoping for: a black and white mode.

“We wanted to create a way for you to feel like you’re playing your favorite samurai movie,” Ghost of Tsushima art director Jason Connell said during the presentation. “We created a windy, black-and-white, film-grain’d-out mode [called Samurai Cinema] that you can turn on from the very beginning of the game.” There’s also a Japanese voice track option with English subtitles to go along with it. Naturally.

Ghost of Tsushima is coming to PS4 on July 17 and I can’t wait to lose myself in this world.