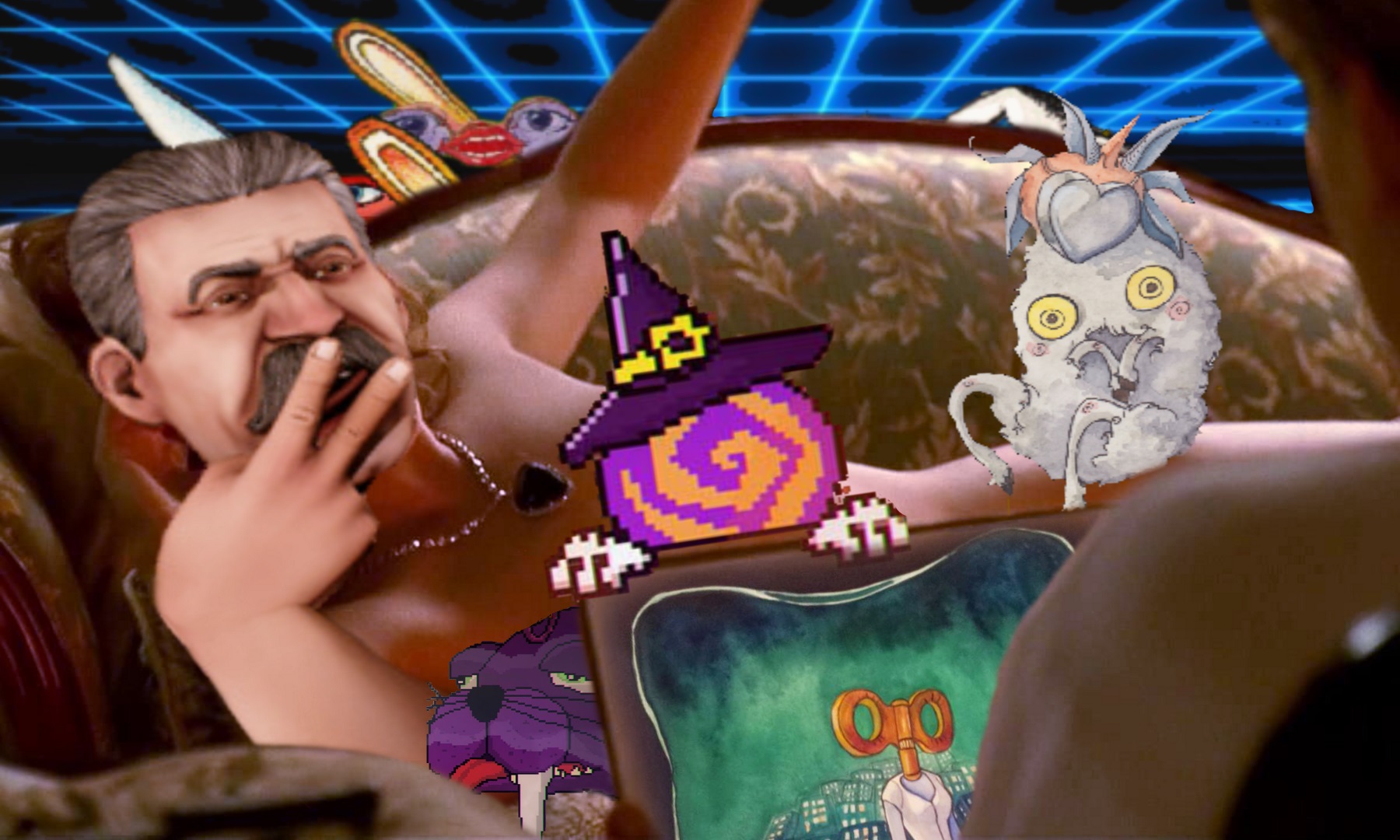 After yet another week-long hiatus due to the industry circle-jerk that is E3, it’s time to forget about all the Final Fantasy VII Remakes (squeeee) and No More Heroes 3s (*orgasms in Wendy’s drive-thru*) and focus on the weird stuff! I mean, really, you should have been all along. But I’ll forgive you.

So, I actually reviewed part one of Baobabs Mausoleum about a year ago. I’ll quote myself because this is my article, so eat my cheese:

“Imagine if you were on a wacky Japanese game show and you had to play Hexen on Nintendo 64 using only your buttcheeks, but they replaced the joystick with an undercooked elbow of macaroni and made you take three muscle relaxers before going on stage…”

So, that’s part one. Part two, 1313 Barnabas Dead End Drive looks to be exactly the same. That’s both a good and a bad thing: The first game allowed you to teleport through toilets, and was basically Twin Peaks in all the good ways. But also all the bad ones. Like Lynch’s magnum opus, Baobabs throws creepy paranormal shit at you one minute, and incomprehensible melodrama the next. At least there’s good coffee!

So, if the quality is so dubious, why is it being featured in my roundup? Because it’s just plain strange, man. This second chapter of this baffling series, where you play as an FBI vampire eggplant, just released on Switch last week. And that’s important. I know I make fun of these games a lot, but I really do think it’s vital to the health of our industry to take some attention away — albeit futile as it is — from the big AAA releases, and focus on independent developers trying to give us something special.

Also, this is a literal line from the eShop page: “Now you can explore Flamingos Creek wilfully!” I love the implication that if you explored Flamingos Creek the first time around, you did so quite unwillfully. Ya gotta love it that devs are this emotionally vulnerable.

Admittedly, I don’t know much at all about Gingiva. I kind of don’t want to. With a logo like that you’re going to do one of two things — make people run out to the nearest dentist, or make you run out and download whatever the shit this is. I hope you’re the latter.

As best I can tell, there are really weird mouths everywhere, an-OH NO WHAT IS THAT 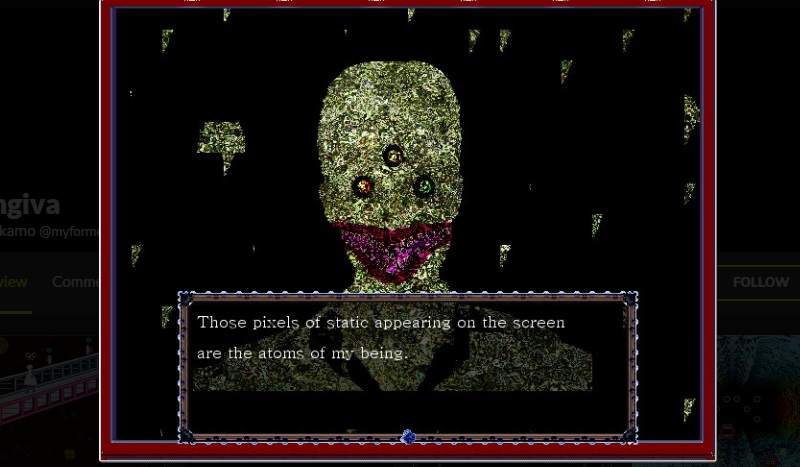 No. No thanks. See, this is what always happens. It’s all, “Hey let’s find some weird games to make fun of them,” then it’s like, “Hey I think it’s funny when there’s poop and pee,” but then, damn, it’s, “Oh well I found the Devil.” It’s a linear and doomed path. And an inevitable one.

Now that you’ve seen this image, you have seven days to show it to someone else. That person has to have visited Missoula, Montana within the past six years, must be allergic to dandruff and mariachi music, and can’t have ever known anyone with the first name Roscoe. Should you fail to find this person (there are only like 300 or so) you’ll be stuck with your meth-mouthed teeth branded with brand logos. It’s a fate worse than death. 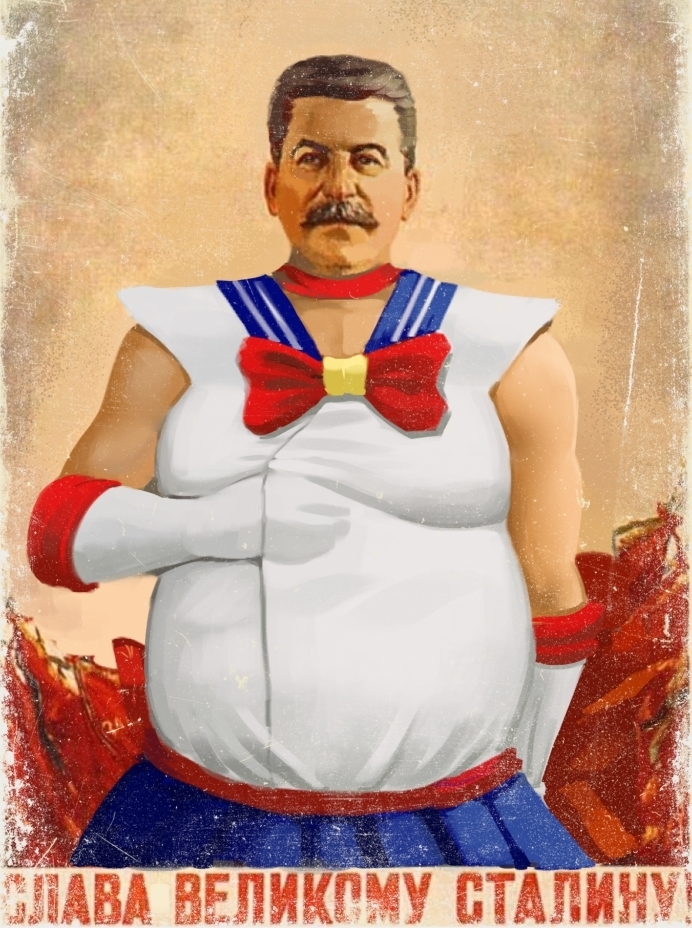 When we last left Stalin, he was saving the planet from alien gummy bears in mechanized trousers. As I’m sure you can imagine, having such a heavy burden placed on your shoulders can be rough. What’s a dictator to do when he’s all tuckered out from rescuing a planet in peril? Where does a notorious ruler responsible for millions of deaths in a 30-year period go when he just needs to relax a little? How could a man so bold and courageous and Communist possibly unwind from the arduous work of purging aliens (both terrestrial and extra) from the Mother[Earth]land?

Well, my roommate Andrew thought I was actually curious as to the answers to these questions, which is why he sent me Sex with Stalin. *sigh*

In this upcoming raucous and definitely-not-absolutely-terrible-in-each-and-every-fucking-way-nope-no-siree-Bob simulator, you’ll get to reward Stalin for all of his hard work. By doing some sex to him. With your privates. And his moustache. I’m pretty sure if the Gulag were still around, I’d be making a trip or two after this one.

I’m not entirely sure what the hell the deal is with devs these days and their ironic veneration of tyrants. I also don’t entirely care. If you wanna make Stalin fight robots and bang him after, why the hell not? If you want Mao in a dating sim and make him roll up every day objects into a sticky ball, go for it! And by golly, if you’ve always wanted to see Castro in a revealing thong bikini playing volleyball with his other overweight sexy Cuban Communist comrades, then make that game you weird-ass motherfucker!

Just before you do, buy these games. Quit stallin’! Because once he’s through with you, you won’t be able to.