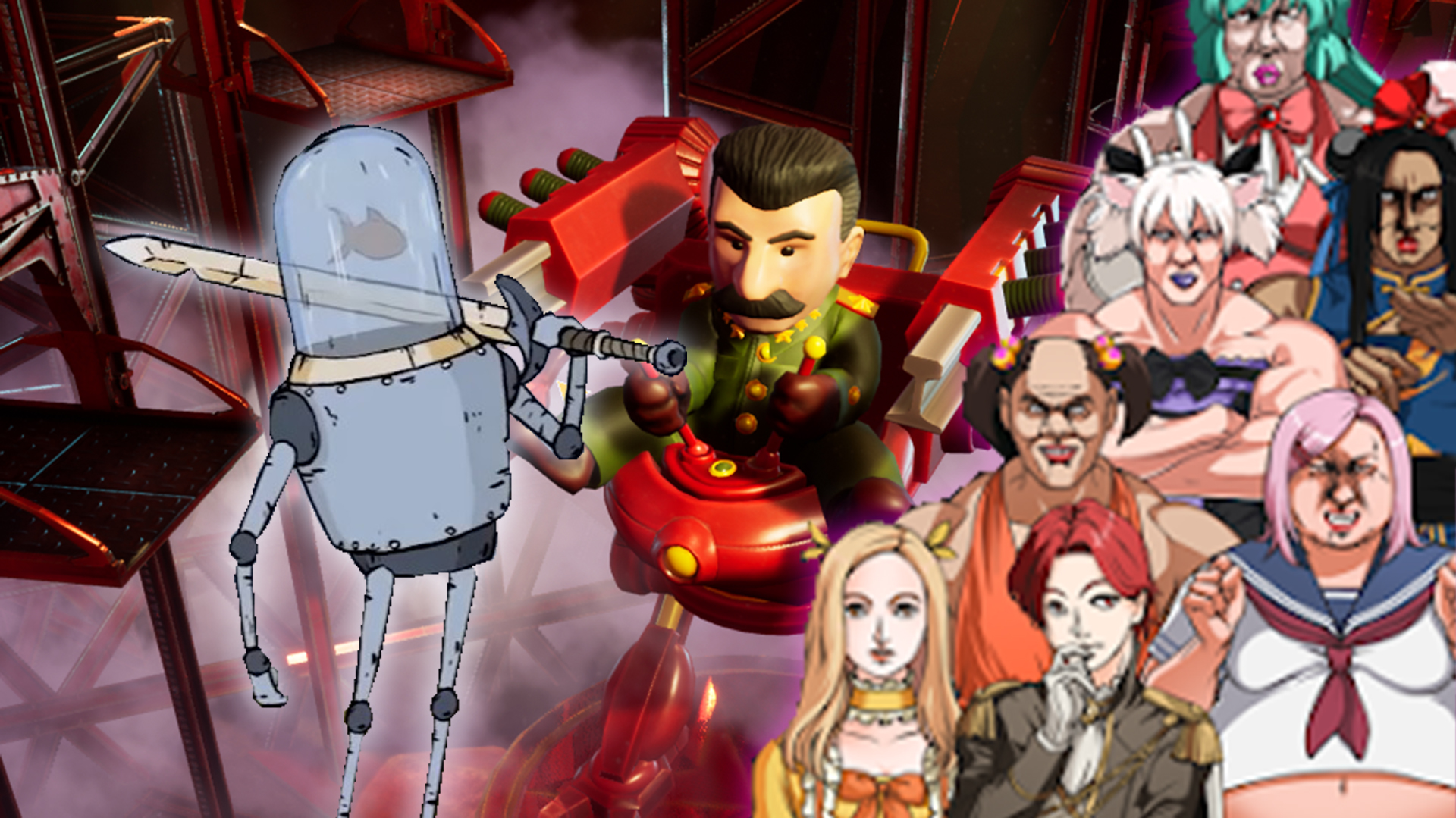 Not to get too serious on y’all right now, but I’m kind of going through a very trying time in my life. I’m finding out the hard way that things don’t always go the way you’d expect, and no matter how hard you fight for a semblance of the human construct known as “fairness,” life just isn’t fair. Life is life. I didn’t plan for where I am, and I wouldn’t wish this situation on my worst enemy.

That said, life, uh, finds a way. And its way the past two weeks has been fish. I didn’t choose this life — it chose me. So let’s just make fun of it, yeah?

We’ll start with something that doesn’t involve the horrors of the deep because I think we all need a slight breather from our aquatic tormentors. How do aliens sound?

If you’ve seen Independence Day, District 9, or Predator 2, you know that aliens just cannot fucking help themselves. They’re always invading Earth. But why? Earth stinks, and we’ve allowed corporations to dump their pollutants in the water and create plastic straws and open up an Applebee’s at every corner. There are better planets to invade, if I’m honest. But for some reason, we think we’re the galactic voice of reason. But what if we took one of our greatest villains and made him our savior?

Stalin vs, Martians 4 has addressed that question — not once, but four times now. The series apparently started out as an RTS or something, but only nerds like the RTS genre. Me? I like twin-stick shooters, and who better to control than Joseph Stalin as he blasts very confused aliens in his mech suit? I mean, apart from almost every historical figure in our planet’s history, of course.

In this weird, fucked up timeline Stalin has taken up the mantle to defend Earth against the hordes of intergalactic usurpers as they try their damnedest to overthrow the systems of man in a futile attempt to corrupt a planet that is so far beyond redemption that a mustachioed despot in robot underwear is all that stands between life as we know it and invaders from beyond enslaving us all. And oh my god, aliens should really read a history book or something, because we’re the planet that allowed slavery and famine and Trump, and man, we’ve been through it all. Your best attack is Sour Patch Kids?

Get your shit together, aliens, and come back when you have something worse than what we’ve already done to ourselves. You might be waiting for a while.

Things start to get fishy from here. Yes, that game is called Muscle Princess. Yes, there are bodacious women who are 50 times stronger than me fighting over the purity of a small prince. Yes, there are insidious plots meant to overthrow the crown. And dude, if you asked me who I’d rather have between Stalin and the buffest princess on the planet, I think you know who I’d pick.

Nothing against Stalin (these three words will definitely be used against me one day), but he’s kind of a bitch compared to Princess Eva. He needs a mech suit to shoot gummy bears; Princess Eva uses her bulging muscles to defeat the consortium of ne’er-do-wells hellbent on usurping the throne. This group goes by the moniker Assorted Raw Fish.

Oh God, what have I done? I’ve angered the fish. Please forgive me.

The members of Assorted Raw Fish — Octopus, Shark, Jellyfish, et al — try to thwart Princess Eva from rescuing her little sister, which of course spirals into a batshit insane plot of double crosses, triple crosses, quadruple crosses, and fisticuffs between extremely beefy women. It’s poorly translated, it’s over the top, and it’s exactly the kind of game this blog series was made for. Go buy the Muscle Princess trilogy if you want to know what it’s like being trapped inside my head for a weekend. You’ll get along just fine with the other voices.

So, it’s come to this. Centuries of living a life of peace on land, away from the menace that is fish, has finally come to an end. And the saddest part is, we’re going out not with a bang, but with a whimper.

I know I’m not the only one whimpering.

Feudal Alloy is the culmination of years of fish science, fish black magiks, and fish necromancy. They’ve harnessed a way to create special robotic suits that allow them to not only walk on land, but also to apparently take over our medieval kingdoms. Which is really a huge bummer for me. I’ve made no secret of my deep fear and mistrust of aquatic life, so this vision of a world where they’ve invaded terra firma and walk amongst God and Man is equal parts amusing and terrifying.

The good news is, it looks kind of fun? If I’m forced to play as a bipedal ocean-dweller running around Westeros poking other robo-fish with a sword, it’s at least nice to know I can have a fish fashion show while I’m doing it. And if you ever hear of a game where you can dress up fish in today’s hottest spring styles, be sure to email me. I think I just found a new fetish!