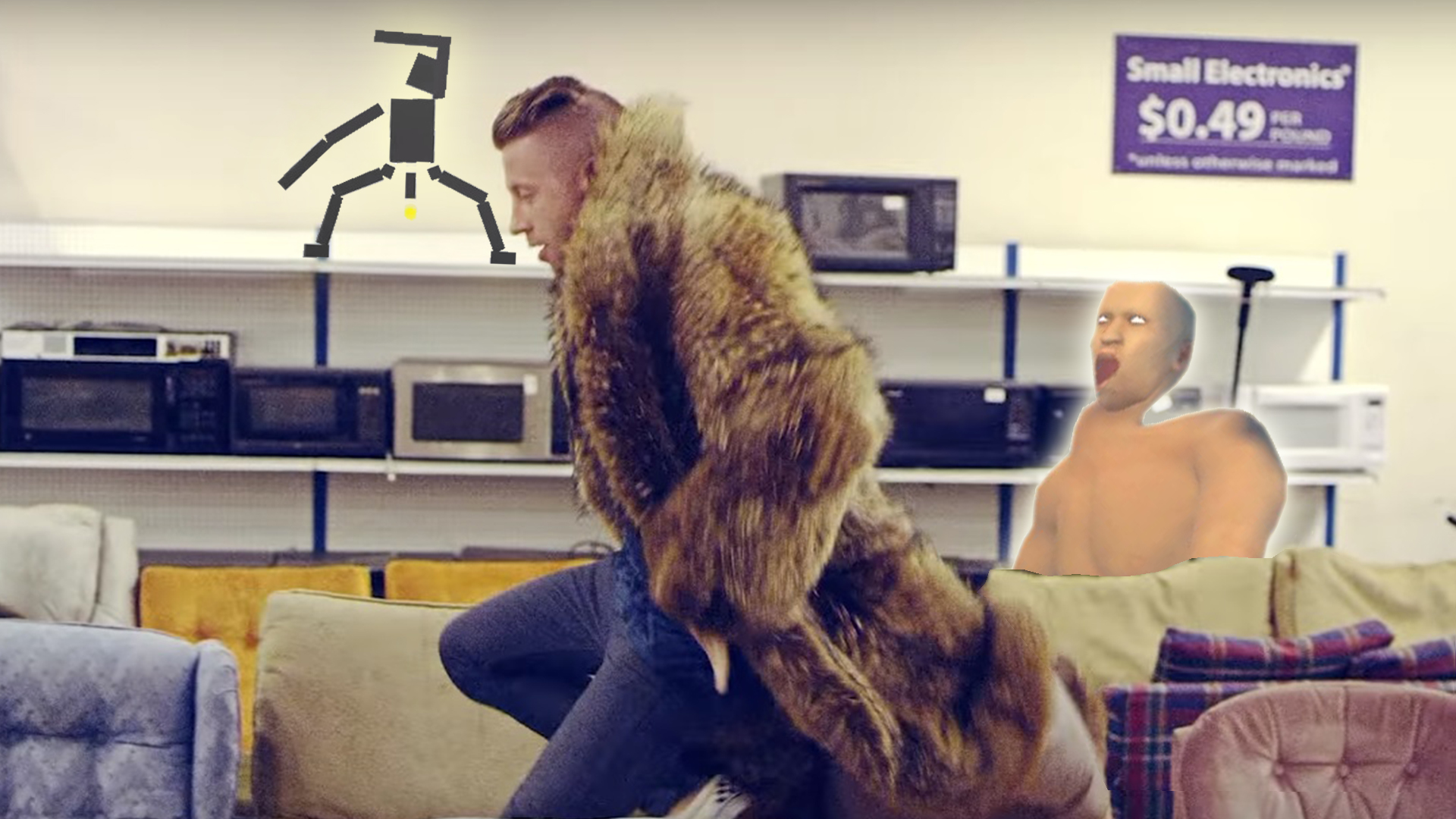 Send me your weirdness

It’s not hard to find weird games. In fact, almost every day I see something come through our tipline that’s definitely a little off. But “a little off” isn’t what I’m going for here. I want to look at a game and say, “What the fuck?” That’s the sweet spot. That good shit.

I’ve got some good shit this week.

This. This is a masterpiece. Young or old, black or white, male or female, and literally everything in between can relate to this game. You see, there were electrical shortages at the power plant. Everyone experiences electrical shortages. It’s a fact of life. Super relatable. And someone needs to fix these electrical shortages. Obviously. That’s why we have electricians. And any electrician worth their Doctorate of Electricity will have Magical Yellow Repair Liquid to apply to any and all maladies in the electrical grid. Because I’m pretty sure that’s the only way to fix those sorts of problems.

Safety First lets players control a well-endowed but mobility-challenged stick figure as it moves from shortage to shortage to squirt Magical Yellow Repair Liquid to save the day. It’s the sort of game I’d come up with had I won first place in a “Getting Dropped on Your Head” competition, but last place in a “Comes Up with Shitty Ideas on a Regular Basis” competition. I think a normal person would want to be in the center of that particular Venn diagram, but I’m not what you’d call normal.

Anyway, you emit what is definitely not piss —

— by swinging your legs to and fro to repair the damage and bring electricity back to the kingdom! There’s nothing suggestive or strange about it. It’s just good, old fashioned, blue collar work in America. The sort of thing your grandpa used to do before women could vote. They’re much better Magical Yellow Repair Liquid squatters than men are.

This is Mosh Pit Simulator. It’s a VR game where you inhabit a world filled with boneless, squid-like humans who neither wear clothes nor adhere to any laws laid out by man or God. Nothing is sacred, everything is perverse. People flock like seagulls. Dogs are prone to stop signs. I think I saw a slide reverse-poop a person.

I don’t know what’s real anymore. Is virtual reality not in itself just a subset of “reality” as we know it? Is an altered state not just a reflection of the world as we see it, but still limited by human experience? If you prick an anvil attached to a floppy mass of humanity as it flies from skyscraper to skyscraper in a senseless world of anti-gravity and hate, does it not bleed?

I don’t have the answers to any of these questions. Or any questions, in general. If I did, I’d be talking about things that make a modicum of fucking sense. But here we are, in this together. If you aren’t intrigued by amorphous bags of flesh slapping against one another in an impossible realm which breaks the laws of human and physical nature all in the interest of providing a one-of-a-kind experience which cannot be replicated by anyone who’s legally allowed to step foot in a Chuck E. Cheese during normal business hours, then maybe you’re reading the wrong article. Mom.

Stop reading my articles, Mom. You don’t deserve this.

I’m going to drop some thrift store knowledge on you, from left to right on the image above displaying the features of Thrift Store Story. The most successful thrift store I’ve ever been in had a sweater manufactured after 2004. The best staff member only had two DUIs, and had a later curfew than the other residents of the halfway house. The coolest item? Guitar Hero Encore: Rocks the 80s for PS2. Finally, “great business” has been defined as “This sweater didn’t come from an anti-vaxxer household, so at least we didn’t spread previously-eradicated diseases.”

Also, thrift stores have gift-wrapping services? This is the saddest thing I’ve ever heard.

I’m not being elitist, here. Like half of my wardrobe comes from the thrift store. I get it; you need clothes, and the thrift store has them. The thing is, you’re sifting through the shit your Uncle Terry doesn’t want anymore. Have you seen him at the Kroger’s? He wears gym shorts with a softball T-shirt from 1997, tucked in like he’s on a very public, very cheap business deal.

Uncle Terry! Uncle fucking Terry! He doesn’t wear it anymore, and neither should you.