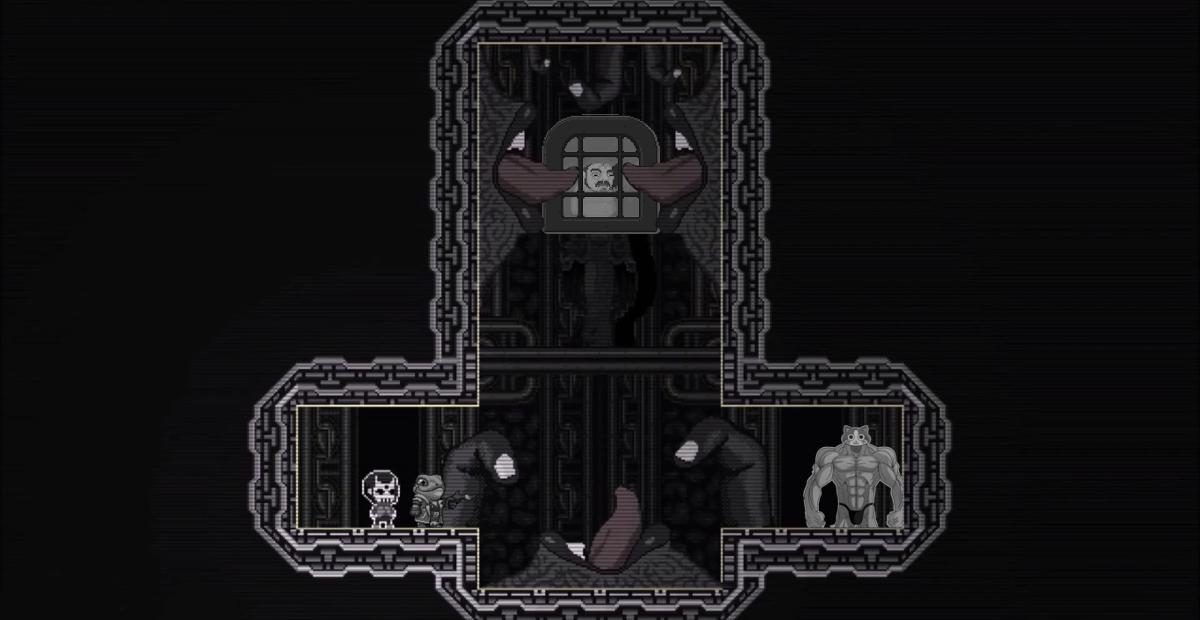 Bring on the poops!!!

I think it’s fair to say that the hardcore Destructoid reader has merely a passing interest in Call of Duty news. We cover those kinds of games, sure; but I honestly think that for every person who comes here for AAA games, there are five of me who come here for the weird, stupid garbage that G-Fuels our souls and reminds us of why we got into games in the first place. Imagination and stupidity are the only reasons I still play games, and I’d like to spread that to you like a very aggressive STD that antibiotics just can’t quite seem to clear up.

The key to dominating SEO is repeating yourself and putting things that appeal to the average internet browser. So any game that features a level with wriggling fingers, gaping maws, and tongues wiggling in a Hellraiser-esque world of pain and pleasure should really bring in the readers! Who doesn’t like fingers and tongues, after all?

Welcome to Tamashii, a game inspired by obscure Japanese horror. When you combine the words “Japanese” and “horror,” you’re likely to pique my interest. And this game definitely has. There’s weird magic and tongues and fingers. There’s platforming and voodoo and religious symbols. There’s chattering teeth and floating eyeballs and E.T. fetus babies. Um, where do I sign up?

I don’t link to games in these articles because I assume anyone who reads about games that a pervert like me would write about knows how to use Google, but if I did you’d definitely get a link right around here. I don’t know what I’m looking at in that trailer, but I think I just picked up a couple new fetishes. Please don’t tell my mom I wrote that.

KinnikuNeko tells the age-old story of a muscular man with a cat-head who has to beat up aliens using karate, guns, and his very powerful bonch. Some sexy alien lady and her henchmen that look suspiciously like the clowns from Killer Klowns from Outer Space want to kidnap sexy cat man’s sexy cat sister, leading to this bizarre-but-erotic caper. You’ll mow down space invaders with machine guns, flex at them until they’re stiff with fear, and give ’em a good whackin’ with your bulbous tally.

Man, I guess cats are pretty sexy, after all.

This one actually isn’t out yet — it’s heading to Kickstarter soon. [UPDATE: Now live!] I wouldn’t normally plug something this directly, but can you blame me? If selling out to indie devs means I get to hip thrust aliens into oblivion with a manimal I’m sexually attracted to, then god damn it that’s what I’ll do. This one might be my very first Kickstarter pledge.

Are tongues, fingers, sexy cats, muscular bonches, fuckable aliens, and shameful boners not doing it for you, internet? Jesus, I really tried to cover all my bases here. Ok, what about frogs? Y’all like it froggy style, right? How’s about a frog shooting poop. Not, like pooping projectiles, but literally fighting poop with a gun and his tongue. Will that finally bring in my SEO money?

Let’s break this down real quick. A bunch of dumbshit rednecks have a town toilet that they flush ne’er-do-wells down. None of them seem to be very intelligent. They breathe very heavily out of their mouths and they turn to a frogman when their town villain comes back covered in shit. He licks and shoots them. With his tongue and a gun, I guess.