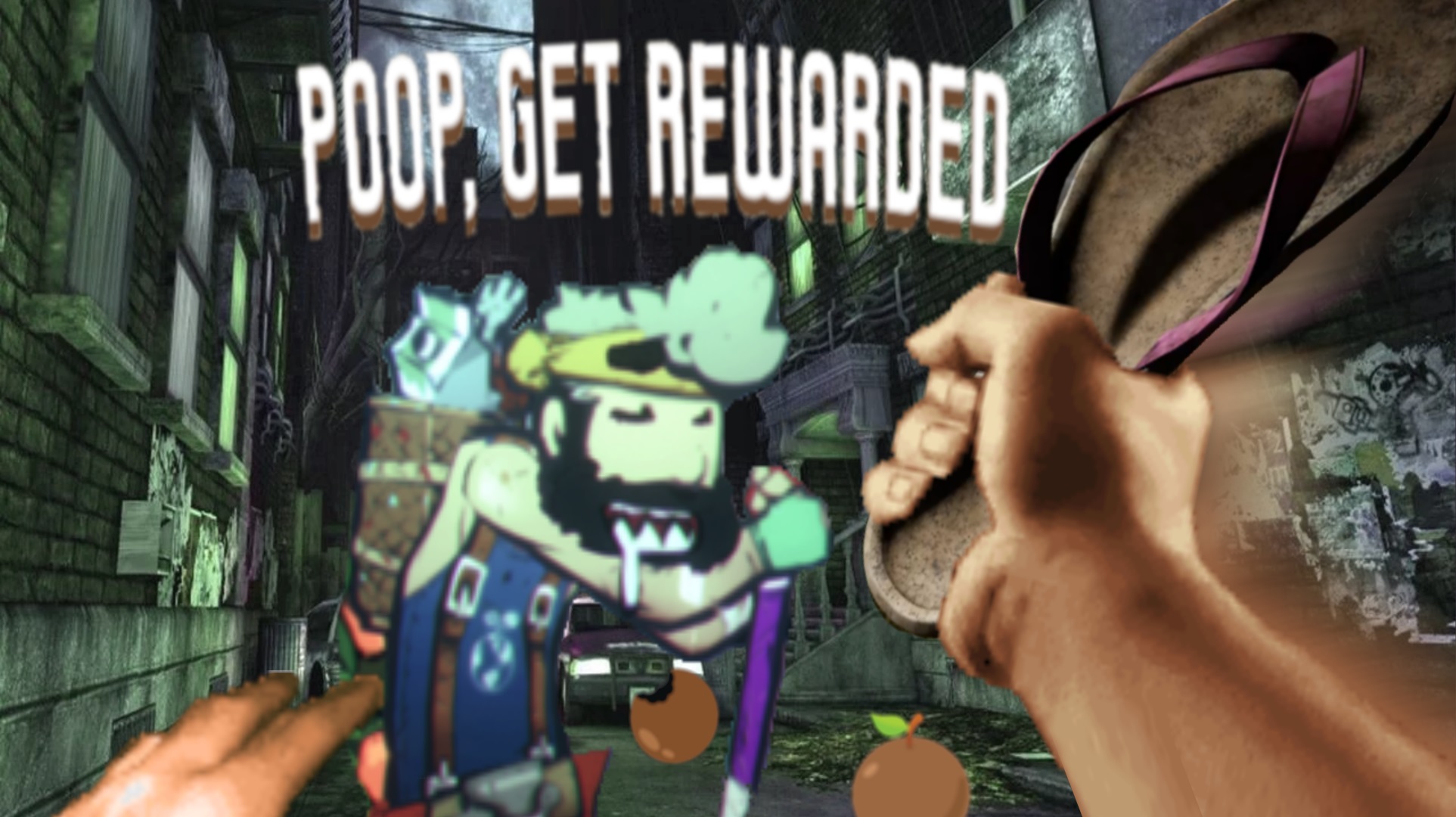 Senor Stark, no me siento bien…

Who’s got two thumbs and almost got arrested this weekend for being naked in a county park? This guy! Apparently, the authorities in western Virginia just want you to walk around soaking wet from the waist-down. If they didn’t want you getting nude, then why’d the place the park so close to a petting zoo? That’s just poor city management.

Well, enough about our boring weekends. Let’s talk about some weird games!

We’ve all seen the kung-fu flick where the old martial arts master retires from fighting to open up a dojo. Then, a young prodigy student arrives, bringing with them a relic from the master’s past. He must then return to the fight for one last battle to bring down the forces of evil. Usually dies. Student becomes the master. The end.

But not every former master retires to run a dojo. Someone’s gotta clean up the joint, right? Enter Iron Corbo: Kung Fu Janitor. He’s a kung-fu janitor, since, you know, those dojo floors aren’t gonna clean themselves. But what Corbo lacks in interesting retirement opportunities, he makes up for in commitment to narrative stereotypes. Wielding his trusty broom and rusty kung-fu maneuvers, he must traverse the land in order to restore balance to the world. Sweep up messes, reveal giant frogs behind sliding doors, and fight…uh…sentient stovetops in this sidescrolling action game.

And remember to always clean up after yourself. You never know who’s lurking in the custodian’s closet.

This week I’m adding a new segment to my relatively unpopular weird blog series! Get ready for: Is This Offensive?! As a straight (though my step dad would disagree) white man living in America, I’m hardly the authority on what constitutes as offensive material. To avoid a condescending lecture, I’ll simply make fun of it for a few paragraphs and let you decide, instead!

This week in Is This Offensive? we’ll take a look at Slum Ball VR, a PSVR game where you use a flip flop to hit empty cans at things in an alleyway. Uh, yeah. Use your chancla of doom to whack balls at flower pots, cans at giant (possibly radioactive) bees, and bombs into trash cans in an effort to ease the burden of poverty with some hilariously off-color leisure activities.

This leads to an interesting conundrum: If you’re used to using wooden bats and leather balls as a sport, why would you want to use a sandal and soda can? And if you grew up with the latter and now own both a PlayStation 4 and a PS VR rig, why would you want to spend your time and money going back to using a chancla to hit trash when you could be fus-ro-dah’ing instead?

It’s this intersection of asinine and questionable that really speaks to me. After all, it’s where I live my life. Thanks, Slum Ball VR!

After about three weeks of being on staff, the editors here at Destructoid asked me to stop writing about poop so much. Three years later, I’m still at it, and somehow still on staff. That’s what you get for hiring someone who’s been mentally stuck at 12 years old for the past 20 years.

That’s why I’m writing about Poo Merge, a mobile game where you roll up poop in a shitty Katamari simulacrum. You’re a dung beetle, and there’s doody all over the place. So do what you do best, and gather it all! In this game you’ll encounter over 20 types of poo, such as soccer balls, eyes, and apples. You know, the normal types. Also, magical formulas! I don’t know what these magical formulas are, but I’m assuming Pepto Bismol is involved.

When you’re with me, it usually is. Happy shit-rolling, gang!