These should not exist

What do goats, hungry babies, and leveling up purses have in common? They appear in my incredibly stupid weekly article! Just like in the real world, there is no rhyme or reason. There is only weirdness. So get my goat. Make me your adult, human baby, and stuff me in your purse and take me on a shopping spree to TJ Maxx, because it’s time to get weird with Wes!

This is stupid. There is very, very good wordplay in video games. Octodad: Dadliest Catch comes to mind. Guacamelee is legitimately great synergy with theme and title. Goat of Duty? That’s both lazy in title, and lazy in execution.

That said, it’s a bunch of goats with machine guns strapped to their backs shooting at one another in a competitive multiplayer game. Is it lazy? Yes. Is it something I’m totally interested in? You bet your sweet ass.

Full disclosure: I’m partial to the goat style of animals. My kickball team is called Lorenzo’s Llamas. Most teams have really cringe-worthy kickball puns, like “Kick in a Box” or “Pitch Don’t Kill my Vibe.” The kind of shit that won’t make any damn sense in five years once those songs are completely pop-culturally irrelevant. Our name hasn’t been culturally relevant since Renegade went off the air in 1997. We’re so uncool we wrapped back around into cool. Shit, how many of you reading this were even alive in 1997?

I don’t know if a first-person shooter is any more or less interesting if that first person is a goat. I honestly don’t really care. I only know that Call of Duty: Bleeps wasn’t a real game until recently, and if we’re not here to replace military-trained soldiers with goats, then why are we sticking around?

Babies are ugly. The worst thing on Earth is when someone shows you a picture of their daughter or nephew and expects you dote over how cute it is. It’s like, no Sharon, I don’t want to see a picture of this moist, skinned potato. It looks like its dad, and its dad is ugly enough already. Now delete that photo and stop talking to me.

What’s worse is trying to feed those annoying little weasels. They’re picky eaters, get shit all over the place, and get hungry again ten minutes after eating. If only there were some sort of convoluted obstacle course through which the food had to maneuver to make that baby understand how difficult it is to feed the shitty little alien. Oh wait, there is!

Hungry Baby: Party Treats combines the rigors of nourishing a child with a Hunger Games-like maze of traps meant to challenge and confuse you. Why the hell would an ice cream cone need to avoid saws and aliens to make it to a baby? Who the hell would feed a baby ice cream cones? …is that a beet wearing a condom?

This is either a wacky party game with puzzle-like elements, or one of those newfound super-realistic simulators that everyone seems to love. I’m not sure which, but I do know that beet practices safe sex.

Speaking of safe sex, here’s a mobile game about collecting purses! What do fancy purses have to do with safe sex? It’s a safe bet you’ll be doing sex to somebody once they see you playing this game on the train, on the bus, or on the toilet.

Happy Handbags is the exact kind of game I would make if I had any talent whatsoever. It’s a weird mix of Pokémon and classic collect-a-thons that’s as asinine as it is oddly appealing. You’ll collect, train, breed, and combine purses in a laid-back, low-pressure mobile tapper. Take a look at how committed the PR was to relaying this game’s relaxing qualities:

They clearly don’t know how aggressive I can get when it comes to fashion.

I’ll say this: I’m a man’s man. I’m tough and rugged and surly, and there’s nothing more I like than *Googles manly things* beer and sports cars and Carmen Electra. Would some weenie of a man so delicately caress his cock like this? 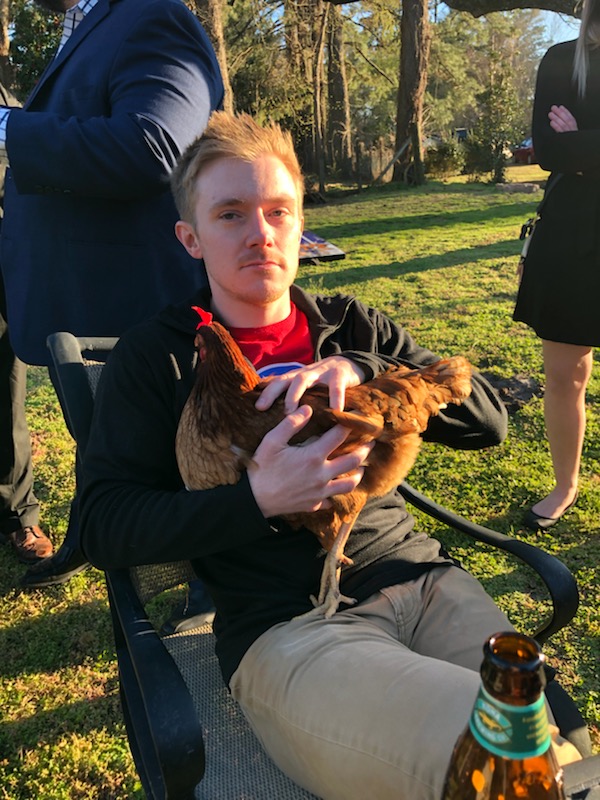 Now hold my beer, park my expensive sports car, and tell Carmen Electra not to wait up for me. I’ve got some handbags to collect.