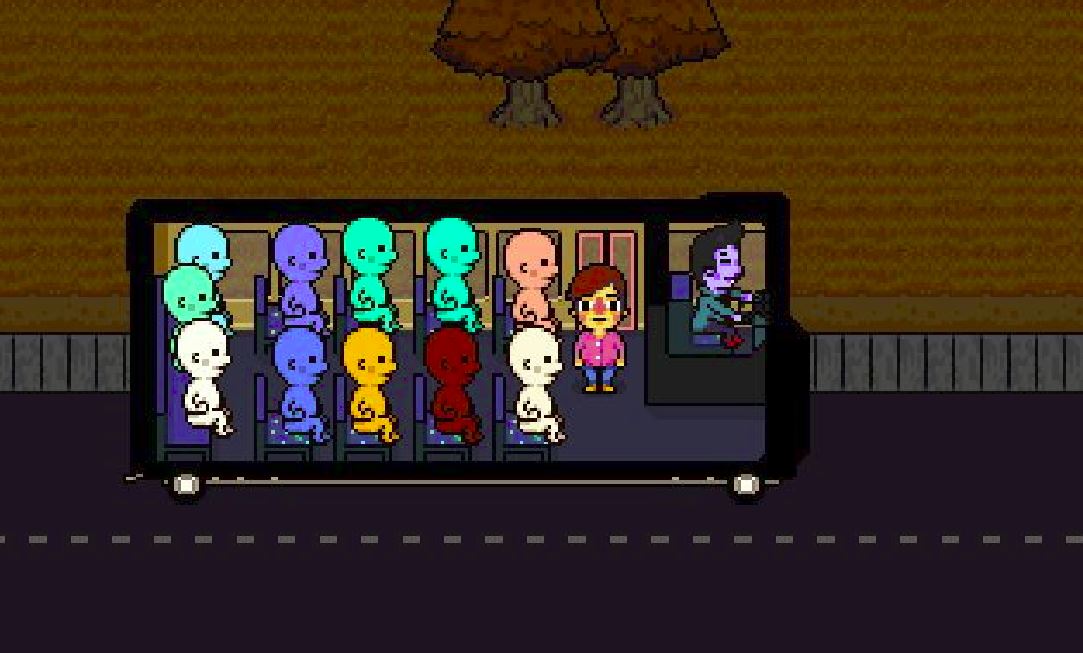 Banging on a trash can

Knuckle Sandwich is a surreal RPG in the vein of EarthBound, but there’s so much more to it than that. Andrew Brophy, the creator of the game, uploaded a cryptic trailer last week announcing that there would be an “announcement” on April 19. It featured warped, psychedelic images across an old television, while obscured gameplay lurked in the background. Today, we finally got to see what the big secret was all about.

Alongside a brand new trailer, Brophy announced he’s launched a Kickstarter campaign to help fund the rest of development. He’s asking for a modest amount just under $20,000 so he can work on the project full-time. I got the chance to get my hands on a demo of the game and it’s every bit as ridiculous as it looks. 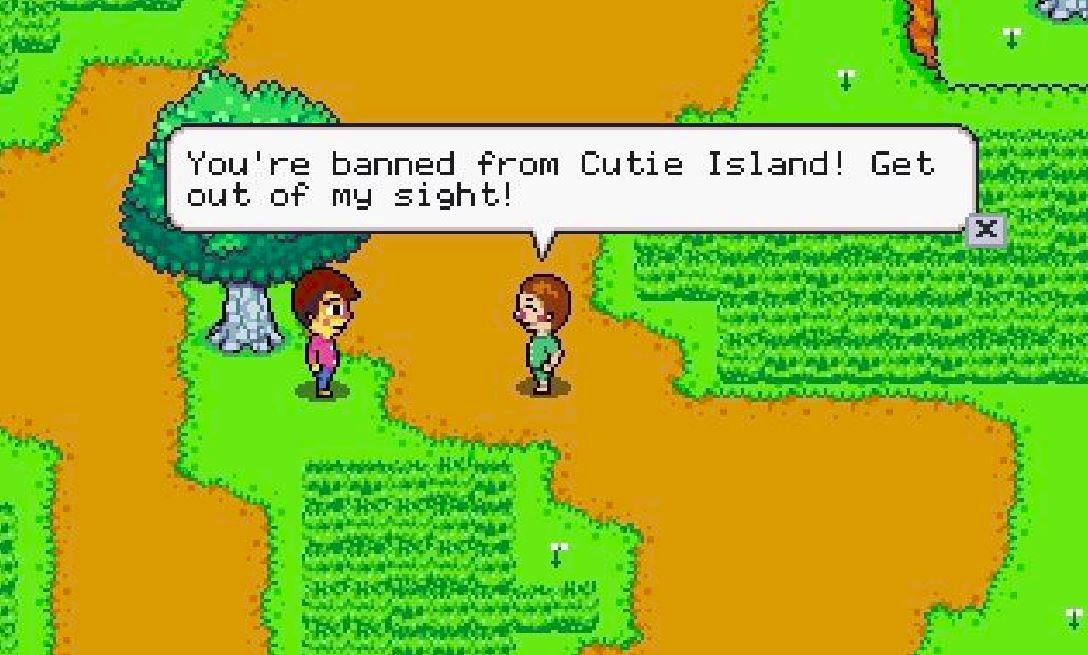 During the roughly 30-minute demo, Knuckle Sandwich tells a linear story ushering you from scene to scene. The pacing is spot on, and almost every interaction elicited a sturdy chuckle from me. Even just checking out random items in people’s homes often yielded some fun, little one-liners. I discovered an alternate scene in my second playthrough, so I wouldn’t be surprised if I missed something else too.

The main character is a silent, pink-nosed dork who’s traveling to the big city in search of a new job. Unfortunately for him, he’s really bad at it. I watched him awkwardly plod from opportunity to opportunity and completely fuck it up each time. Every encounter consisted of a different minigame, and almost all of my would-be employers treated me like total dirt. It’s downright refreshing to play as a character who is so lacking in skills he makes me look good.

My favorite thing to do was to knock over trash cans, which shoot rainbow-colored crap all over the ground. It’s dumb and completely pointless, but I definitely want more trash cans in the finished product! Speaking of rainbow-colored crap, there are all of these multi-colored NPCs that show up occasionally. When I tried to talk to them, all they did was shout this random gibberish language at me. I have a feeling those characters, whoever they are, will play a much larger role during the full experience.

Considering there are also plenty of normal-looking NPCs you can chat it up with, the presence of these adult-sized, sherbert-colored baby creatures piqued my interest. Who are they, and why can’t I understand them? Am I just that terrible at social interactions, or is this some kind of alien species? The suspense is killing me.

It only popped up twice, but the combat appears to be your standard turn-based RPG fair with an added spice of action cues for each attack. It’s got that whole Super Mario RPG thing going for it, and it’s perfectly serviceable. Nothing more, nothing less. The soundtrack, on the other hand, charmed the pants off of me. Each track never hangs around too long and I’m curious to see if the full game will be able to keep up the quality and pace. They swoop in, do what they need to do for the scene, and then dip on out. Never to be heard again….. maybe.

The final moments of the demo completely changed the tone and successfully set the story in motion to go to some delightfully unforeseen places. There’s a dark undercurrent here that’s only hinted at until the big reveal. It’s a great introduction with a ton of potential. Knuckle Sandwich is shaping up to be something really goofy and wonderful, and, with the level of polish and personality on display, I think it’s safe to say that we’re in for a real treat when the finished game finally hits.

[This preview is based on an early build of the game provided by the publisher.]