Before we had the opportunity to check out Smackdown vs. Raw 2011, Max and I decided that we needed to do our homework. We sat down at Dtoid HQ the night before to get some quality time with Smackdown vs. Raw 2010. It was immediately apparent to me that these games are no joke, they really do strive to be a true wrestling simulation. This was definitely a huge leap from the Smackdown! that I was previously familiar with.

We played with some of the different match types, including the popular Hell in a Cell, and I spent a good chunk of time creating my own Superstar with the character creator. I wanted to ensure that we had a solid basis for comparison when checking out the new game. We took mental notes on everything, from the visuals and sound to gameplay and feel of the controls.

I was definitely a huge wrestling fan when I was younger, always keeping up with the latest happenings on TV and in the older games. Sadly, I managed to fall out of it in more recent years. Fortunately, I have been eager to get back into the swing of things and SvR 2011 was the perfect icebreaker! 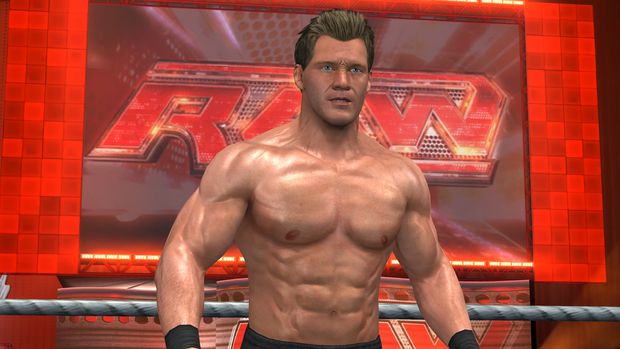 The first and most noticeable change in SvR 2011 is the new visuals. This title definitely presents a higher degree of realism than the previous iteration. The almost “cartoony” look of SvR 2010, especially in the character select screen has been almost completely changed. Fans looking for a more realistic experience should be delighted by the new skin textures and movement technology, being able to see different muscles and tendons flex and react in the ring is quite impressive. Pair this up with a brand new physics system, giving you a truly dynamic feel to matches, and you have one pretty faithful wrestling simulation.

Road to Wrestlemania is returning, they have added new storylines and the ability to roam through the backstage area, making decisions or picking fights that will influence the outcome of your Superstar’s story. They have also added a brand new WWE Universe Mode which will keep track of your WWE calendar and change dynamically based on how you play the game. The AI that manages Universe Mode will create feuds or alliances, championship matches, and even spontaneous action and events according to your actions. The beauty of the new mode is that you can either let the AI simulate on its own, skipping ahead to specific days or matches, or you modify and change any aspect that you don’t like and the AI will respond accordingly. 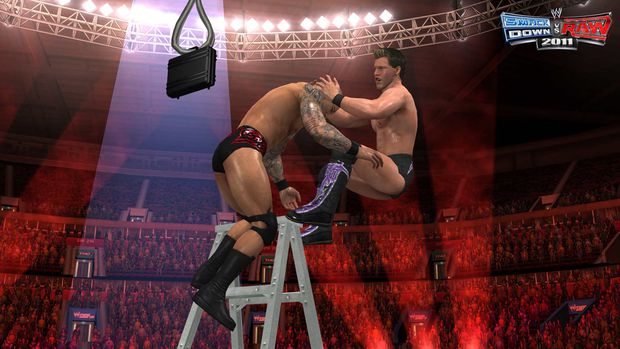 Grappling has been simplified this time around, with all off the grappling happening on the right stick. I have been assured that these changes will not eliminate any of the depth that veteran players enjoy, but will certainly make this title more inviting to players that are picking up Smackdown vs. Raw for the first time. Personally, I had a difficult time getting grappling down in SvR 2010. Once I had the opportunity to pick up the new title, I was immediately able to notice a significant difference.

The creation modes are back and better than ever. In addition to having the ability to create up to fifty superstars or divas for use anywhere in the game, players will also have the ability to create their own finishers, move sets, entrances, stories and cutscenes. Probably the most intriguing addition to this year’s title was the ability to create branching paths within your custom story, allowing for a multitude of possible resolutions and endings to your personal storyline. Anything built within the creation modes can be shared online and searched for using an in-game browser. You will now be able to search for popular content based on multiple criteria, rather than only being able to sort by rating. The developers have really gone all out to allow players to customize the game in any way they see fit, creating an almost infinite replay value. 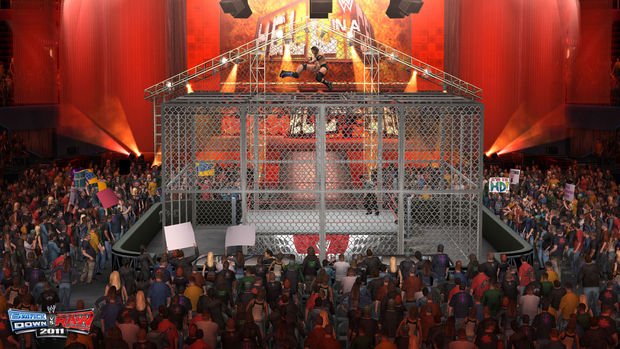 Of course, no next-gen wrestling game would be complete without a solid online component. It was stressed that they have really tried hard to address all of the latency issues from the previous title. Assuming you aren’t busy receiving a major smackdown in the ring, players should hopefully find that they are not cursing at the screen because they “definitely landed that move first!” In addition to the underlying improvements, for the first time ever in a wrestling game, they have managed to implement a 30 player online Royal Rumble! SvR 2011 will allow twelve players to be in the game, with six in the ring with six spectators waiting to hop into the ring.

We should have a video interview up for you guys relatively soon. We were able to speak in-depth with Bryan Williams, designer on the game. If you are a fan of the series, you should definitely be pleased with Smackdown vs. Raw 2011. If you are like me and looking for an excuse to get back into the happenings of the WWE, or even want to check out a wrestling game for the first time, then this is definitely one to keep your eyes on!