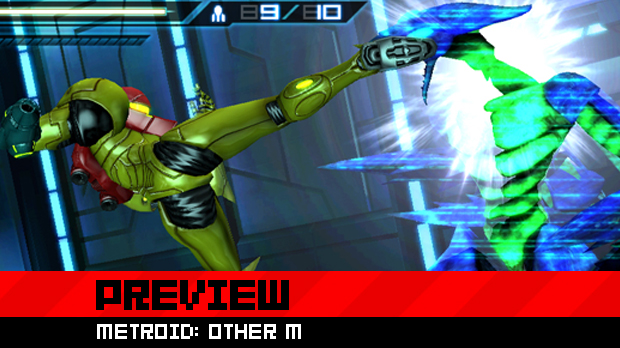 Super Metroid director Yoshio Sakamoto is the man behind Metroid: Other M, and he wants to take us back to the golden era of the Metroid series. Sakamoto also wants to take this opportunity to tell everyone the story of Samus. We’ve taken a peek at her history — mostly with how the Chozos adopted and trained her — but otherwise, past games usually focused on the affair at hand.

Metroid: Other M is going to delve into Samus’s character, something that Sakamoto has been wanting to tell for a long time, and will be brought to life through Team Ninja’s cinematic style. While Metroid: Other M is able to bring back that retro feel, it also introduces some new things that I feel Metroid lovers will really dig.

Follow on through the break for an updated look at the latest adventure of Samus Aran. 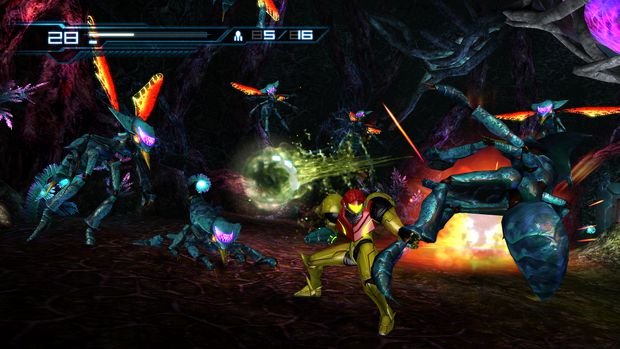 Metroid: Other M begins with Samus answering a distress call from a space station. Something bad has happened to the space station and it’s crawling with all sorts of creatures, a number of which seen in past Metroid games. Samus find the Galactic Federation upon her arrival, an organization of soldiers that she used to work for before becoming a bounty hunter. The Federation answered the distress call as well and, reluctantly, they team up to find out what has happened to the space station.

Before becoming a bounty hunter, Samus used to work for the Galactic Federation until an incident occurred that forces Samus leave the group. Seeing her old comrades is a little jarring to Samus, especially since the commander of the group — Adam Malkovich — is also on this rescue mission. Adam was a father figure to Samus, so whatever happened to cause the fallout must have been pretty bad.

You hardcore Metroid fans should recognize the name Adam Malkovich. I won’t get into the exact specifics as to what I’m alluding to, but Other M does take place before Metroid Fusion, so we’ll more than likely see what we learn about in Fusion play out in the upcoming game. 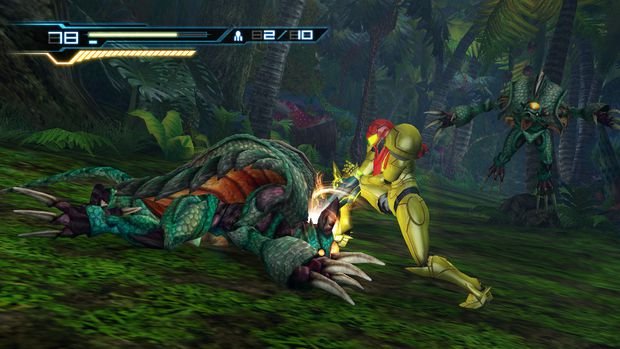 Metroid: Other M definitely has a big focus on the storytelling, but Nintendo wants to reassure fans that Sakamoto’s vision of that old Metroid feel has a large presence as well. That’s why Nintendo showed off the game once again, this time plopping players about an hour into the experience. I played Other M for about a solid hour and can happily say that feeling of despair as you explore every inch of an environment is ever present.

The controls are definitely… interesting. Not to say that it’s bad — far from it — but it will take a bit to get used to. Only the Wii Remote is needed, and players will hold the controller classic style to play. D-pad moves you through the environments and that’s all that’s needed as the camera will shift appropriately based on the room’s layout. Samus will even auto-target enemies when facing them so that run-and-gun feel is still present.

The part that takes getting used to is when you need to go into precision firing mode. By pointing the Wiimote at the screen, the game switches to first-person view and you’ll be looking at the environment Metroid Prime style. You can’t move your body while like this, just your head and arm cannon will move with where you’re pointing the Wiimote.

First-person view does a few things for you. Some instances require you to look around for clues you wouldn’t be able to see in third-person view. This is also the only way Samus can fire her missiles. You can fire freely this way too, but you still have the option to lock-on enemies. 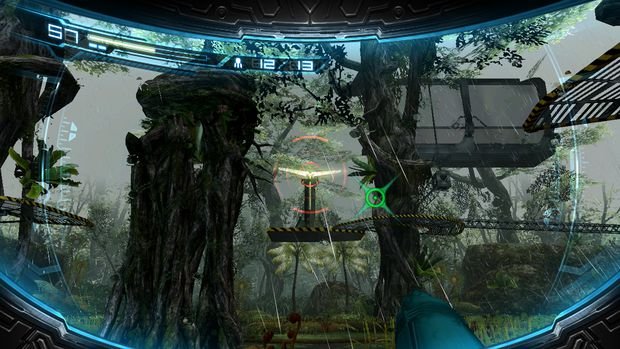 It’s a unique mix of gameplay style, to say the least. Switching between the perspectives and aiming the gun takes a few seconds to get adjusted to, seconds you might not be able to spare when enemies are charging at you. Thankfully, you’ll be able dodge an attack just before the enemy strikes in either perspective.

The biggest concern I’ve heard from fans of the series is the fact that you can recharge your health and missile tank whenever you want as opposed to restocking from the corpses of your enemies. By pointing the Wiimote up and pressing A, Samus will recharge her missiles to full and her health if it’s dangerously low. Recharging takes a bit of time to perform and she won’t recharge if attacked.

Personally, I don’t have an issue with this and feel it offers more of a challenge. You could restock on health and missiles whenever you wanted after killing enemies in older Metroid titles. Now you have to be a little more careful and not go all crazy when engaging enemies, especially in small enclosed areas.

My main issue with the Other M, though, is with the upgrade system. You’ll still be able to increase your Missile Tank and health with power-ups hidden in the levels. The problem is with how you’ll get access to weapons like the grapple beam. Adam Malkovich agrees to let you help with the mission but for some asinine reason, he won’t let you use all of your weapons. As you get further into the game, Adam will unlock your ability to use stronger weapons and that let you get to areas you couldn’t access before, like getting through doors that can only be opened with a Super Missile. 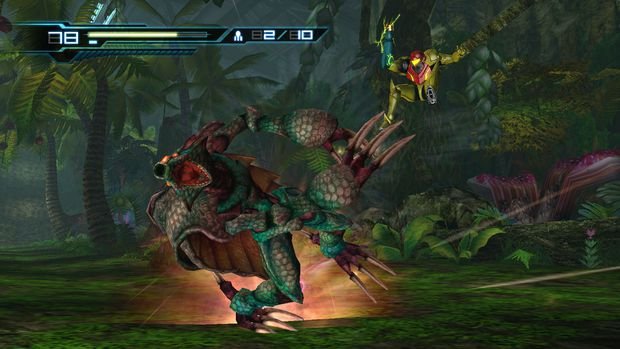 I guess you can equate this system to how you upgraded in the previous games. Once you had reached a certain point, you would come across the room holding a power-up. Now you’re just being given “permission” to use better abilities at certain points. Other M’s way of making you work for better abilities just doesn’t add up from a narrative perspective.

All in all, I was simply ecstatic coming out of my preview session with Metroid: Other M. It’s a perfect blend of old school mixed with some fresh new takes on gameplay. This is definitely going to be one of the best Wii games of 2010 and I don’t think Metroid fans will be disappointed.