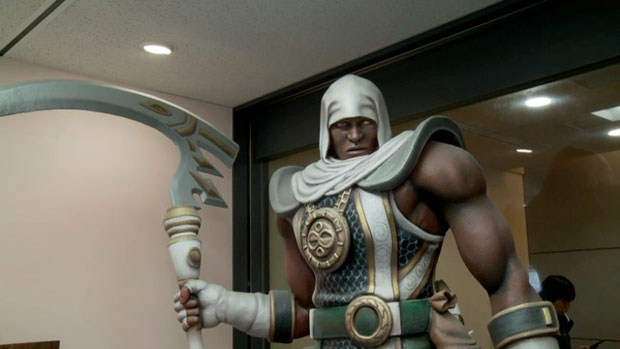 Earlier today, Namco Bandai teased some upcoming characters for the game. Did you guys figure out who they are yet? They could be completely fresh — I was told at E3 that about half of the game’s roster would be brand spanking new.

Soulcalibur 5 is out next year for PlayStation 3 and Xbox 360, each of which seems likely to have its own platform-exclusive fighter. While that hasn’t been confirmed, Project Soul just looked at each other knowingly and shrugged when I asked them about it at E3. If exclusives were to pan out, who would you like to see fighting on the Xbox 360 and the PS3, respectively?