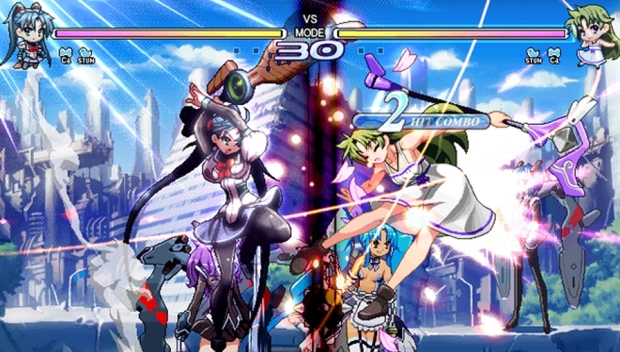 Looking for another 2D sprite-based fighter to get your fix, between now and whenever Lab Zero release their Skullgirls DLC? Why not try Vanguard Princess?

EigoManga have released an English-localized version of the PC indie fighting game, which was developed almost single-handedly by Tomoaki Sugeno, a former Capcom staffer who worked on such titles as Resident Evil 3 and King of Fighters EX.

Even now, four years after its original Japanese release in 2009, the game looks pretty sharp, and well worth the play if you’re into 2D fighters. The only real catch I can see is that Vanguard Princess used to be freeware. I guess you could consider the $5 EigoManga is charging as the price of localization? In any case, a demo is also available on the site, as well, to help you decide whether it’s worth droppin’ a Lincoln on.