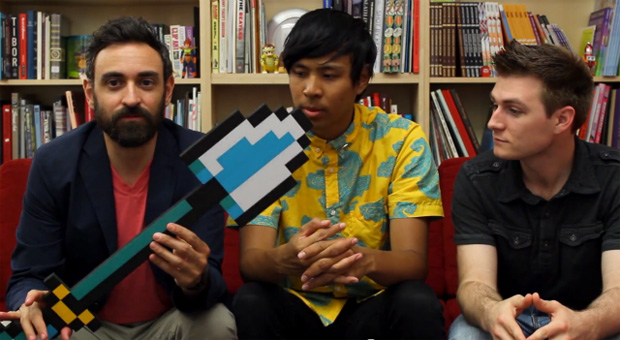 Coming later this year to ThinkGeek

Skip to 3:40 to avoid the Minecraft stuff and get a first look at ThinkGeek’s line of upcoming Shovel Knight role-play items. Both the shovel and helmet shown here are works-in-progress, though the former already looks spot on. My only question is: does it come in gold?

Beyond that, Shovel Knight apparel at WeLoveFine and bobble heads and figurines at Pop Culture Shock Collectibles are also in the works, according to Toy Pizza. Sweet.

I’m not sure I have ever actually bought anything from ThinkGeek. I’ve come close numerous times only to fend off the impulse at the last minute. That shovel, though.

Filed under... #DO WANT#toys#Yacht Club Games