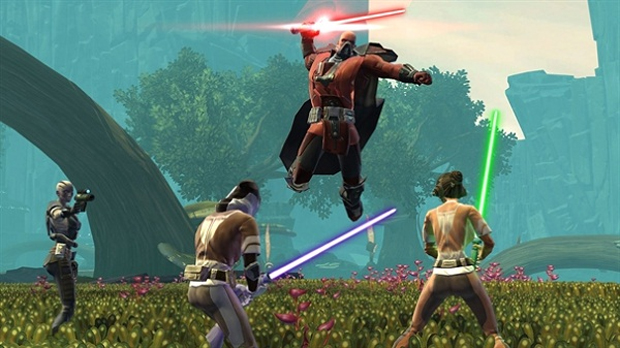 Just now, pre-orders have opened up for Star Wars: The Old Republic. The game will be available in two flavors besides the standard $59 retail release which comes with 30 days of play, early access and a “color stone” item. The special digital edition, exclusively available on Origin, throws in five additional in-game items and is priced at $79.99. Finally, the Collector’s Edition features a statue of Darth Malgus, a metal disc case, soundtrack, a character-written journal, printed map and two more in-game items for a whopping $149.99.

The physical versions of the game are available for pre-order at Amazon, GameStop… pretty much everyone under the sun, really. Or, at least it will be available very soon as the rest of the retailers on EA’s list get with the program and make themselves able to take your money.

Hopes are high for the success of The Old Republic, but I remember the wave of excitement surrounding Star Wars: Galaxies and that didn’t turn out the way a lot of people hoped. I know there’s a ton of Star Wars fans who are dying to immerse themselves in that universe and I hope they get the game that they deserve this time around.