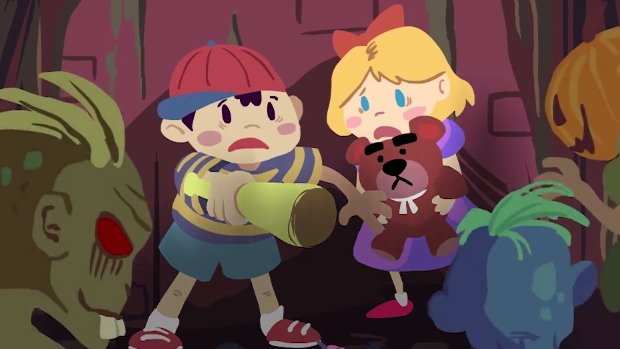 Four years in the making

Fans of EarthBound celebrated the 20th anniversary of its Japanese release a little over a month ago on August 27. Followers of the series are known for going above and beyond in celebrating it, so of course one would spend four years making this lovely, charming tribute.

The five-minute animation retells the story of Ness and his friends on their journey to save Eagleland from Giygas. So many little touches are in there that will bring a smile to EarthBound fans’ faces. There is a Spiteful Crow carrying a cookie, Paula’s teddy bear, a New Age Retro Hippie, the Runaway Five, Overcoming Shyness, homesickness, and more. The iconic scene of Paula praying during the final battle made me a little misty-eyed.

More information about the video and its creation can be found at Project PK Flash.