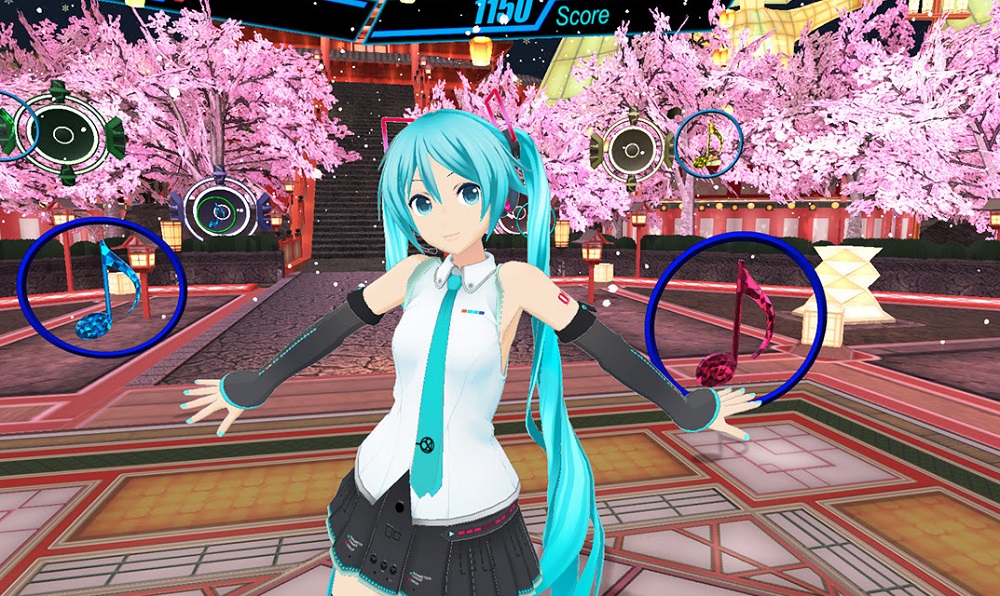 Rhythm-action fun on Vive and Oculus

Degica Games have announced that blue-haired anime superstar Hatsune Miku, will be dancing onto your VR headset in a about a fortnight’s time, as Hatsune Miku VR launches on Vive and Oculus March 8.

The rhythm-action game features the Vocaloid poster-gal performing a set of some of her greatest hits (well, I assume they are, anyway). The game features two difficulty settings and multiple languages, including both Japanese and English. Players use the VR controllers to hit all the right beats and keep Miku cheerfully two-stepping her way into your heart.

The song list features eight tracks, including Singularity, Sharing the World and Ievan Polkka. I am way out of my depth, here. Hatsune Miku VR is available for pre-order on Steam and launches on HTC Vive and Oculus Rift March 8.