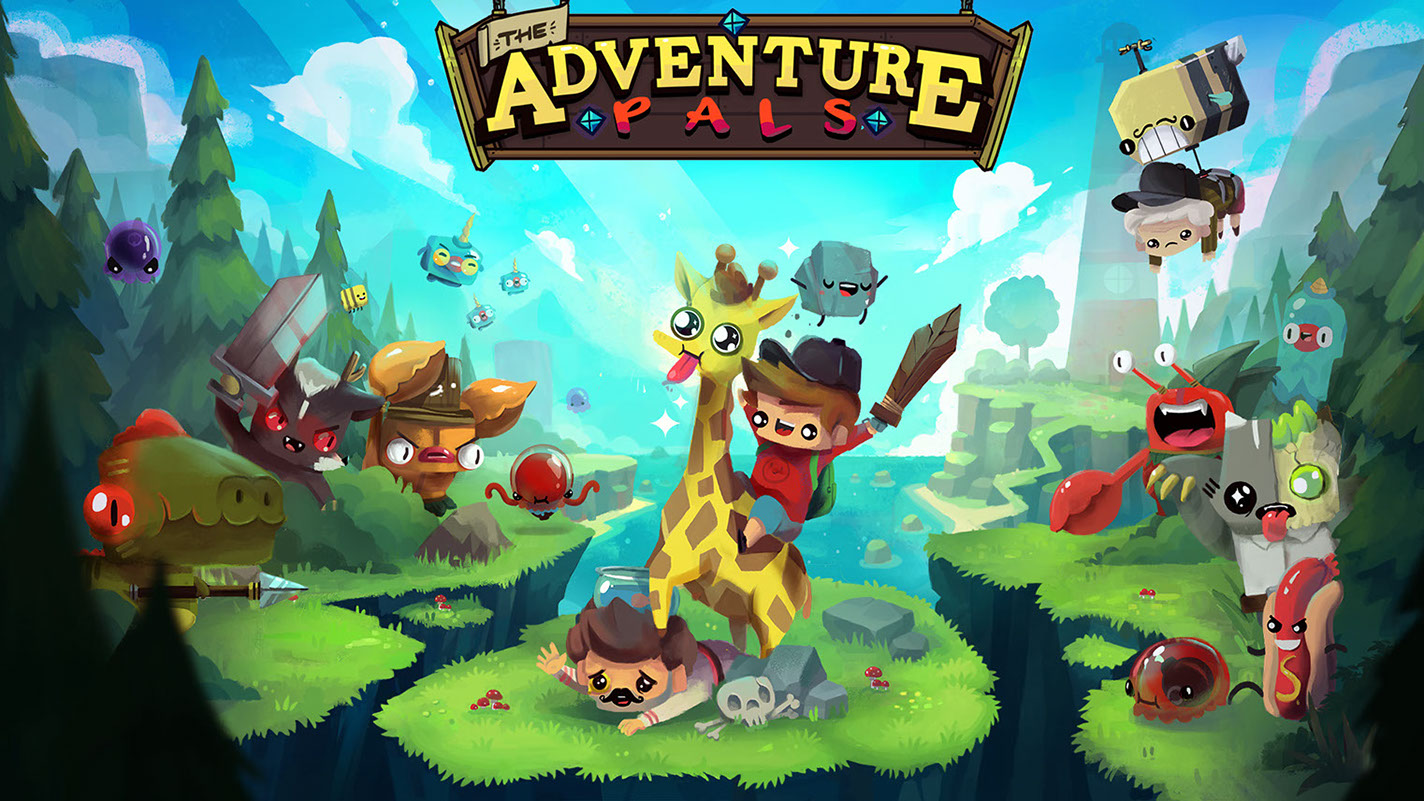 Go get your pops back

As far as video games about a boy (along with his pet rock and backpack-confined giraffe) rescuing his dad from a madman who turns old folks into hot dogs go, The Adventure Pals seems to be one of the very best. Maybe it’s the only one. A victory by default tastes just as sweet.

This action platformer takes its cues from the likes of Adventure Time in more than just naming conventions. It’s an irreverent experience full of non sequiturs that are meant to make the player constantly raise their eyebrows as if to say “oh wait, what now?” It’s probably equal parts charming and tiresome, mostly because that brand of cheeky nonsense has been so en vogue for so many years now.

Thankfully, The Adventure Pals has chops that range farther than just comedic sensibilities. It’s a good-feeling platformer from Massive Monster — the sort where you wall jump around and hack and slash through enemies. The titular Adventure Pals have five worlds to get through, each one with several levels that are full of the standard-fare adventure platformer collectibles and whatnot.

Through my brief demo, I’m convinced that it plays fine and will be fun enough. It’s just up in the air as to whether all that absurdist humor can jell in a way that makes this a story worth telling. It won’t be long before we find out. The Adventure Pals releases on PC, PS4, Switch, and Xbox One on April 3 for $15.