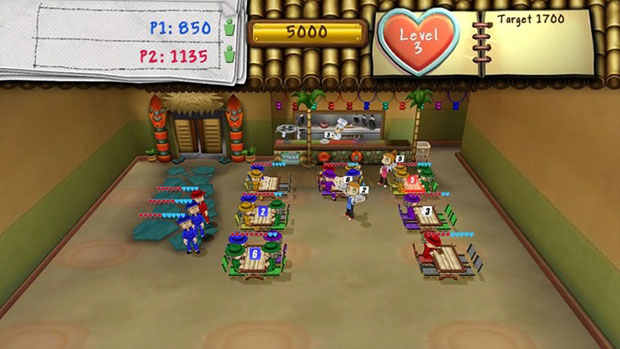 You’ve played it on your PC, mobile phone, and then your mobile phone again. But on November 18, Diner Dash will be making its way to Xbox LIVE Arcade, Hudson Entertainment tells us today.

It’ll be the same diner dash you’ve come to know and (perhaps) love, with players controlling the hard-working waitress, Flo, as she seats, feeds, and cleans up after demanding diner patrons. Of course, it’s updated with HD graphics, and adds in a new eight-person multiplayer mode, a Team Dash, and a one-on-one head-to-head battle mode.

While it doesn’t sound thrilling (Diner Dash hits Xbox LIVE a week after Call of Duty: Modern Warfare 2 hits shelves, guys!), the game is mind-bogglingly addictive. It’s kind of frightening, actually. But at what price? Hudson hasn’t revealed pricing — what would you be paying for Diner Dash on your Xbox 360?