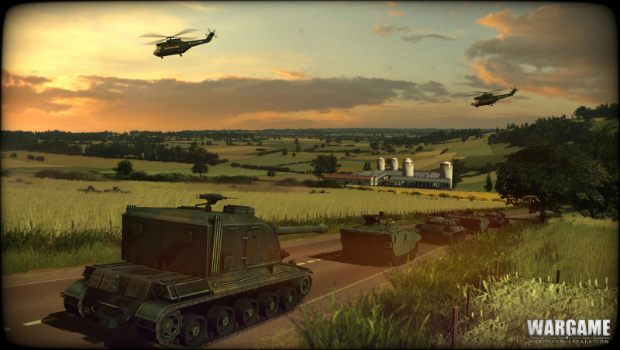 Eugen System’s latest RTS, Wargame European Escalation, is but a week away. In an effort to tantalize your eyeballs, they’ve released a final batch of screenshots. Despite the silly name I’m quite interested, I never gave R.U.S.E. a shot, but I rather enjoyed Act of War.

For some people the Cold War never ended, those folks are probably going to love this. In Europe, these days, we all pretend to work together while we secretly wish that we didn’t have to play nice so this seems like a great way to blow of some steam. Wargame European Escalation is out for PC on February 23.