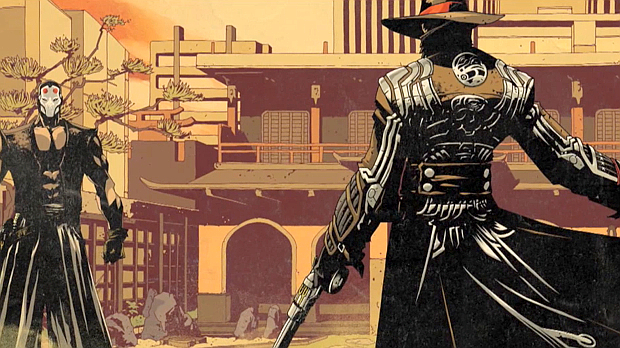 Imagine Roland of Gilead clenching a katana with one full-fingered hand. Now pretend our imaginary Roland fancies Asian dress and still remembers the face of his father. This Roland would look similar to the man in the header, which happens to be Red Steel 2’s protagonist and the point of the video below the fold.

Earlier this morning Ubisoft released a developer diary for Red Steel 2. In the video, the devs behind the title discuss — at length and even in French — the unnamed protagonist and his weaponry. If you haven’t caught on, the protagonist is a cowboy with a katana. Yee-haw.

Red Steel 2 looks pretty and by all E3 2009 indications, appears to be living up to what the original was supposed to be. We’ll keep bringing the media and the information as it comes, especially if said media or information gives this gonzo cowboy a name. (We suggest “Bob.”)