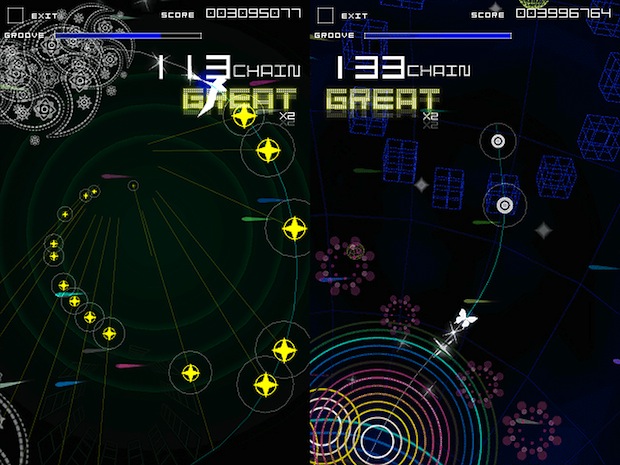 Groove Coaster is awesome. It’s easily one of my favorite iOS titles, and I think that every rhythm game fan should check it out. It’s kind of like Rez in the visual department, but the music gaming is much simpler, as it has you tapping to visual cues as you speed along a line track. So fun.

This week, in Taito’s holiday sale, it’s only $0.99. This is timed perfectly with a content update for Groove Coaster that adds levels and songs. There’s even a trance version of Jingle Bells for you to talk along to.

One of the things that makes Groove Coaster so great is its soundtrack. In fact, Groove Coaster Original Soundtrack was awarded Best Game Soundtrack Album in the Japanese iTunes Rewind 2011 retrospective. A new Groove Coaster Extended Play mini-album EP is up on iTunes for $6.93.

All of these prices are good through January 4.