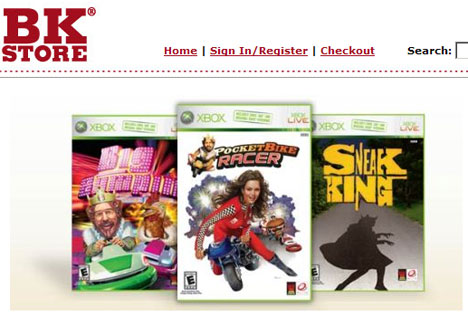 If you missed your chance to pick up Sneak King along with your Triple Whopper with cheese, fret not.

Burger King is offering up all three of their classic titles online at their BK Store, for $3.99 a pop. They’re also offering the “BK® Games 3-Pack” which contains all three games for an extremely reasonable $10.99.

With great deals like this, it’s amazing that anyone is willing to blow $59.99 on Xbox 360 games like Crackdown, when they can cart Brooke Burke around on a pocketbike for less than a fiver.