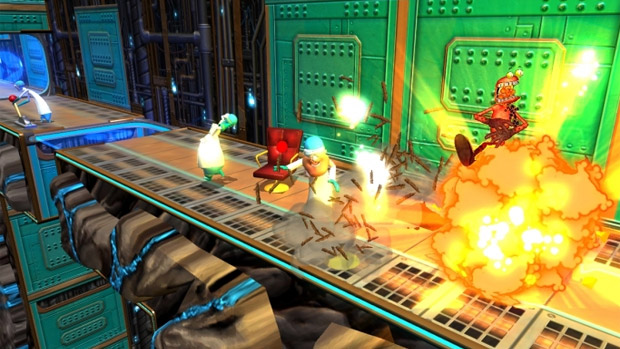 Twisted Pixel’s ‘Splosion Man is one of the better platformers in recent years. The genre isn’t nearly as popular as it once was — when a game like this comes along, you ought to support it. That means going above and beyond exchanging copious amounts of cash for New Super Mario Bros. Wii and four remotes.

During this week, ‘Splosion Man is down to a lowly five bucks. If you aren’t afraid of a challenge, I highly recommend you take the studio up on this offer. The out-of-control ending is worth $5 by itself, and I also seem to remember hearing that the synchronization issues with co-op have been addressed.

Now is as good of time as any to grab this thing. Think of the donuts!