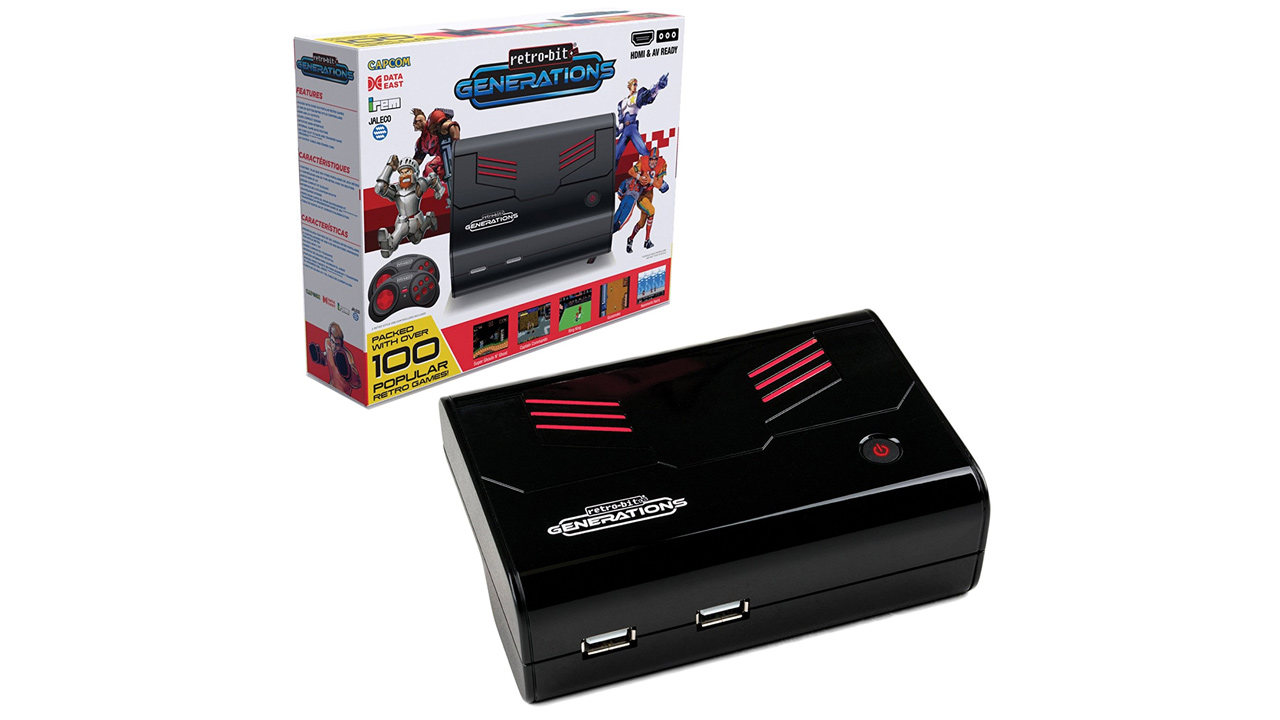 So the NES Classic goes on sale this afternoon and many fans of old-school games and lapsed gamers alike are excited to experience the new version of the system that coined the term for video games as “Nintendo.” But did you now that there is another retro gaming micro console out this week?

Meet the Retro-Bit Generations, made by the retro clone console maker Retro-Bit, which is a mini plug-and-play system that features titles from ’80s and the early ’90s by prominent publishers from the era. For those saying that Retro-Bit copied Nintendo, this console was actually announced a month prior at E3 last June before Nintendo revealed the NES Classic.

So how does the Retro-Bit Generations compare? It also has HDMI output and two controller inputs, as well being at the same price point at $59.99. But the Retro-Bit has a bit more to offer in features, such as composite output for older TVs, and it comes with two controllers out of the box. It also has SD card support (card not included) for only backing up and transferring save data. There is no expansion support with the SD card, so there is no way to add games.

There are over 100 games built into the system including arcade, SNES, NES, and even Game Boy titles from notable publishers like Capcom, Data East, IREM, and Jaleco, along with a few more smaller ones. The selection of games is pretty varied, with popular games such as Captain Commando, R-Type III, Bionic Commando, and more (full list below). The Retro-Bit Generations’ USB controller is in the shape of a six-button Sega Genesis/Mega Drive controller and there’s a pair in every box for some instant two-player action.

The device went on sale on November 10. While the Retro-Bit Generations might not have the those legendary Nintendo NES games, there’s a good chance you might find something in that large selection of a hundred games. So if you find you’re hankering for some retro games and just can’t get yourself an NES Classic because Nintendo didn’t make enough, you may want to take a look at this as a possible alternative. (Note: The Retro-Bit Generations is currently sold out on Amazon as of this writing, sorry!)

You can find more details over at the Retro-Bit site.