Tony let us all know last week that OverClocked ReMix had blown past its goal of raising $15,000 via its first Kickstarter project of fund a Final Fantasy VI tribute album titled Balance and Ruin. Since that time, however, Dale “corgi king” North has signed on to the project and $82,000 (as of the time of this posting) has been pledged.

Just what are they planning on doing with all the extra cash?

As it turns out, they’re going to prepare a physical CD run of their 2007 album, Final Fantasy VII: Voices of the Lifestream, a fantastic arrangement project spanning four discs that I had the pleasure of reviewing back when I was at Music4Games. They announced this with the image below and I could’t help but chuckle. This means two physical four-disc albums for those who pledge $50 or more. There are currently 21 days remaining and 513 spots left at the $50 contribution level, so get on it if you’re at all interested!

Which announcement sweetens the deal more for you? Dale North’s involvement or the Final Fantasy VII remix album? I’m excited for both! 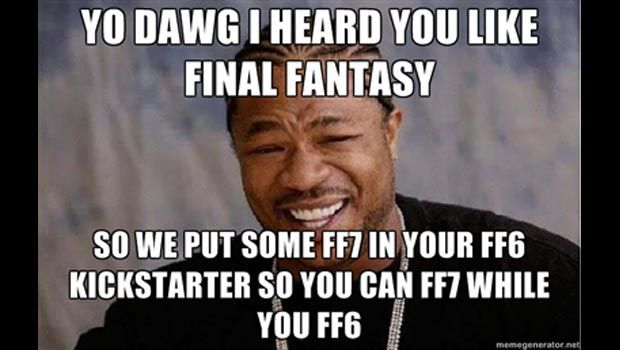