No, seriously, I rarely sweat. Maybe the same Asian genes that have blessed me with a hairless back and chest also prevent me from being a sweaty monster. Still, everyone’s palms get sweaty in heated gaming sessions, so I figured I’d give Power A’s Air Flo controllers a try in my next one. Why? These Air Flo controllers have a built-in 2-speed cooling fan to keep your hands cool.

I took this test seriously! To take it to the extreme I went into my office, turned off the air conditioner, turned on every console, monitor and computer, as well as a projector and sound system, and let the heat build. I had to have been over 90 degrees in there. When it became horribly muggy I put the Air Flo to the test.

You’ll find all the standard controller buttons on both the Xbox 360 and PS3 Air Flo controllers, but there’s two more that proved to be useful right away. On the upper left is a button that turns on button lights, making the face buttons and the air vents backlight. That’s especially useful in a dark room where I was using a projector. The other, of course, turns on the Air Flo fan. One touch turns the fan on low, and the next kicks it up to full blast, where you’ll feel a nice breeze blowing directly into your palms. There’s vents on the front, sides and back of the grips of the Air Flow, but you’ll get the most out of the side vents, which are perfectly lined up with the dead center of your palm. 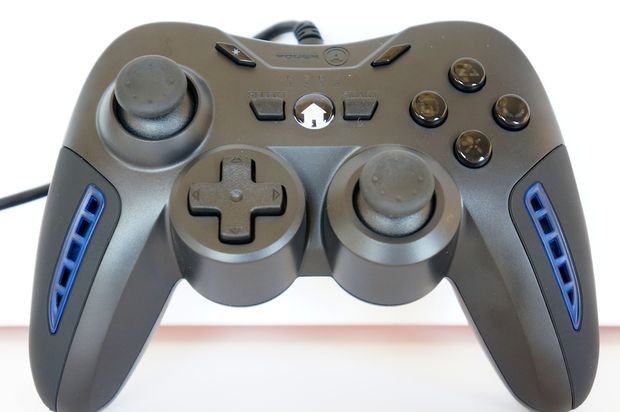 I tried both models in this impossibly hot room. The Xbox 360 model kept my hands nice and clean during an extended session of zombie bashing in Dead Rising 2: Off the Record. I pushed through a forest world with way too many enemy encounters in White Knight Chronicles 2 on the PS3, and the fans worked well enough that I didn’t miss a beat.

The fans got a little loud in the dialogue scenes of White Knight Chronicles 2, but not so much so that I needed to turn the sound up. Another option would have been to turn the internal fans to low. Other than that, no issues. 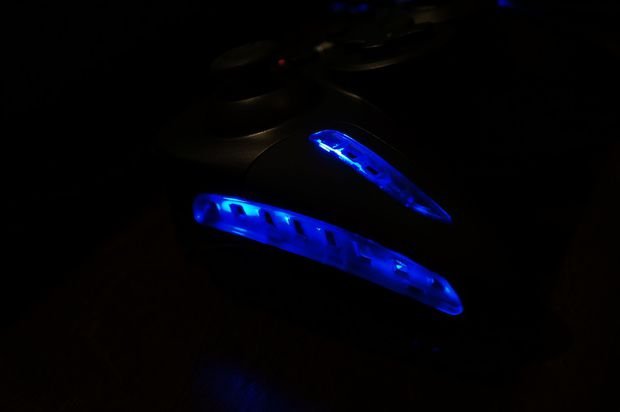 It looks kind of cool in the dark.

The controllers themselves are nicely designed. The PS3 version has the Xbox 360 style analog stick placement. It also features the upturned R2 and L2 triggers, so you won’t find yourself sliding off. Both models are corded, with 3 meter cables, and feature dual rumble motors.

If you’re a sweaty monster, here’s your fix. Well, for gaming, at least.