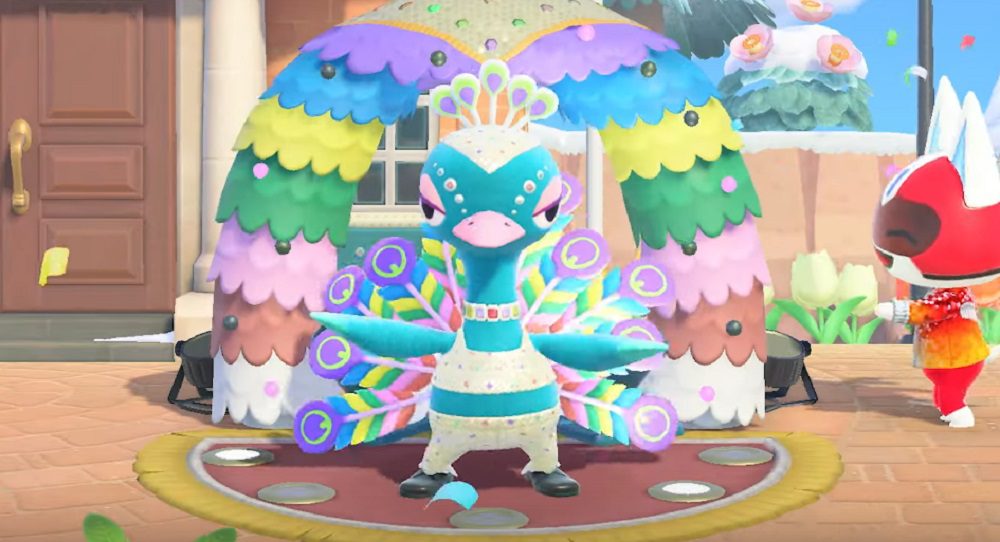 It’s almost time for the snow to thaw in the bright and cheerful world of Animal Crossing: New Horizons. Already waiting in the wings is the newest seasonal update, which will see Nook Islands prepare for the colorful coming of Festivale!

Beginning January 28, Nook Island-dwellers will have the opportunity to pick up a selection of limited edition party-going clothing from the Able Sisters, as well as some feel-good animations with the arrival of new reactions “Viva,” “Let’s Go,” “Feelin’ it,” and “Confetti.” Also arriving during this period are special items to help lovebirds celebrate Valentine’s Day, including outfits and presents for that special Fuchsia in your life.

Festivale itself will kick off on February 15, heralded by the arrival of dancing sensation Pave, who will bring an electric atmosphere to your local plaza. Gather hidden feathers from around your island and gift them to Pave to get your peacock pal bustin’ moves, while also earning exclusive rewards for your good self.

Get into the party spirit early by checking out the new content in the trailer below.