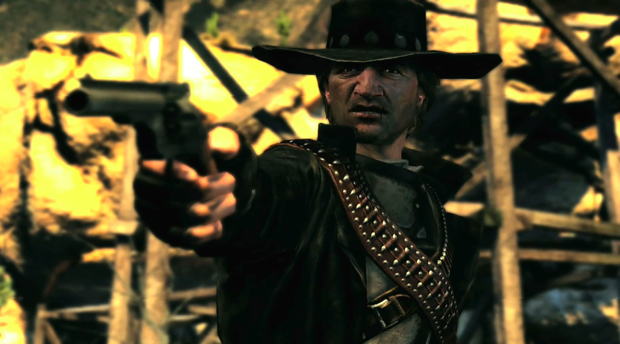 Call of Juarez: Bound in Blood isn’t a WWII shooter, thankfully. It’s good old-fashioned Western — a genre that hasn’t been thoroughly raped and pillaged. Ubisoft recently released a trailer for the game (I know, it’s movie night) showing off some of its grit and story elements — shootouts and Aztec treasure, hooray!

One thing is definitely confirmed: the McCall brothers want revenge. And it doesn’t look like anything or anyone is going to stop them from getting it.

If you’re down with cowboys and murder, Bound in Blood is probably high on your “DO WANT” list. Good news on that front. If you get around to visiting a GameStop before the game hits in June and pre-order the title, you’ll get access to “powerful weapons and classes.” Gotta love these deals.