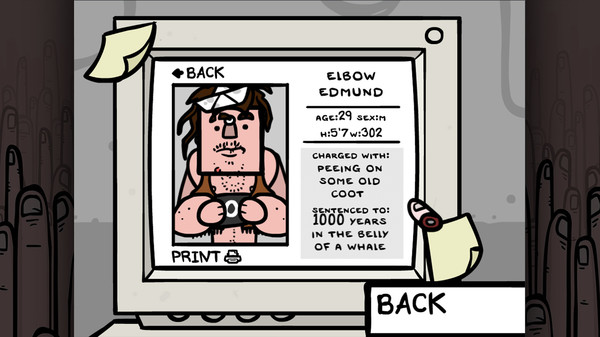 Not only was Sup Holmes abruptly canceled last week due to 3-day family medical emergency, but we were also unable to post any reruns of the show as well! That stinks. Thankfully, all is (more or less) well in the world of Holmes-based medical problems, at least for the moment, so the show should go live this afternoon as usual without a hitch. Cross your fingers for us, folks!

To help celebrate, here are a couple of great reruns of past episodes, both of which feature incredibly nice and talented people who have suffered from intensely painful and terrifying medical problems. Above we have an interview with Edmund McMillen (Binding of Isaac, Super Meat Boy) and his Fingered partner James ID and below we have talk with Incredibles 2 and Neverending Nightmares developer Matt Gilgenbach. All three men are a lot of fun, despite having had parts of their bodies burst open and/or otherwise turn against them.

Thanks again to Matt, Ed and James for being on the show, and feel free to join me and Danny Hayes (Poncho) for the live show today at 4pm EST is you’re hungry for more.