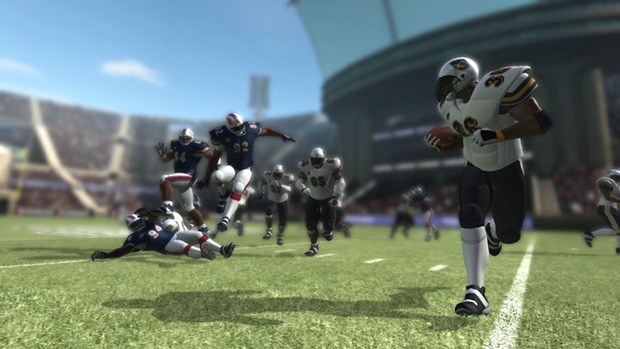 At Destructoid, we’ve been keeping our eyes on NaturalMotion’s Backbreaker for quite some time. The game promises a hard-hitting, more-realistic-than-ever football simulation, and it still looks pretty damn impressive in these screenshots. You can also see the game in motion in an introductory trailer above.

Publisher 505 Games has pushed back the release of Backbreaker one week to May 25, 2010, which might be seen as sending it to die — THQ’s sure-to-be blockbuster, UFC 2010 Undisputed, is out the same day. We’ll have to see how the sales shake out. In the meantime, check out my preview from E3 2009, and Ben PerLee’s more recent look at the game.