It’s quite rare for a completely surreal videogame-based sketch comedy series to become a success. It’s even more rare that the people who produce that brand of comedy show their faces out in the wild, where they may be potentially punch by a stranger.

That’s part of what make Lyle and Dexter, the creators of Sanity Not Included, such special young men. They want to get close to you… right now! Read on as the bear all in a hot topic discussion of how to make a machinima, how much better Uncharted could have been if the creative guy on staff was in charge, how the internet is more influential to them than television, and much, much more (maybe too much).

Dtoid: You make videos where videogame characters move around the way you want them to. How do you make it do that? Computers?

Lyle: Well they’re videogame characters, by design they’re supposed to move the way you want them to. The camera’s usually the bigger issue. It’s different for everything. Some games have a theater mode which allows you to rewatch matches and move the camera around (Halo, CoD: Black Ops, Etc.) Some games have a way to go into a free camera after you die in multiplayer, or somehow move your gun out of your face in first person so you can have other people act out the scene while you cameraman it (Gears of War, Modern Warfare 2). Sometimes you just gotta zoom way the fuck in until the HUD is out of the way and then pivot the camera around the player so it looks like different shots (Pretty much anything single player.) It varies, but yeah, there are skits like “Chode Police” and “Prostate God” that use resources like Unreal Development Kit and Gmod to create custom animation with game characters.

Wow, that was a lot of nerd talk. I can get pussy, I swear! 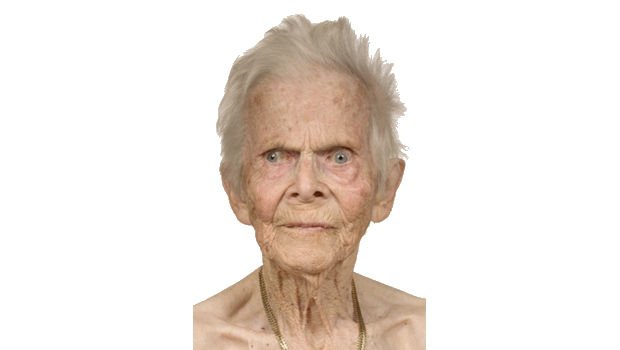 Dexter: Yes, the computers! We just use the actual game most of the time, crop out the HUD etc.
And if a game has a theatre mode e.g. Halo then that’s pretty useful, although sometimes
I’ll have special animations done by my friend in Unreal Engine so I can make Dom and Marcus dance, make love, etc

Dtoid: In the season finale of your show, Nathan Drake turns into a bunch of spiders. That’s an awesome idea. Why are you more interesting game developers than Naughty Dog, and why isn’t Uncharted as funny or interesting as your videos?

Lyle: Ummm, believe it or not that’s actually IN the game. There is at least one developer in Naughty Dog that is clearly an underappreciated source of amazing ideas. Unfortunately the higher-ups seem to be doing everything in their power to stifle his creative genius and hide it from the world, because it was only available as a preorder bonus from a specific chain of retailers, while it should have been one of the core gameplay mechanics.

Dexter: This sketch is actually based on a true story. Lyle and I were playing Uncharted 3‘s multiplayer,
He tells me to watch his character. He turns into spiders. I scream “what” loudly in disbelief
As to what the fuck just happened, my body starts to sweat and shiver, my “what’s” gradually became louder and more confused until I accepted the simple truth — Nathan Drake can indeed turn into spiders. What the fuck. 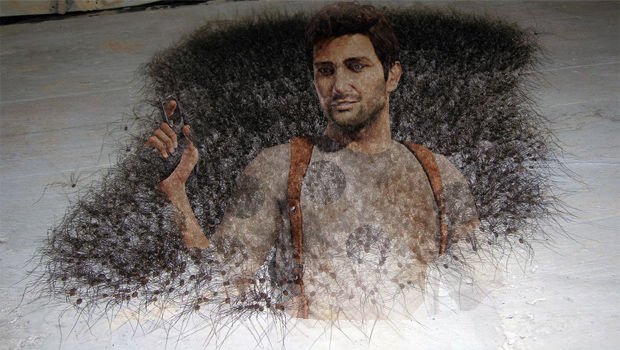 Dtoid: We live in a strange time where Television, Film, and Youtube all have separate but equally influential places in the entertainment industry. Would you say you were more heavily influenced by internet videos, films, or television? Feel free to name drop some of your favorite things!

Lyle: I’m going to guess these answers will turn out really fucking different. For me, Internet definitely. I remember when I was like, fuck I dunno, 14? my friend showed me this (now long dead) series of internet cartoons called Tomorrow’s Nobodies as well as a bunch of other crude and violent cartoons on sites like Newgrounds. There’s a certain level of comedy that only comes from unadulterated crudeness. I thought it was hilarious that they were able to say “fuck” as much as they wanted without getting bleeped or make jokes about shoving crippled autistic kids into swimming pools.

For the most part I try to stay away from retreading the same ground other people do though, especially when it comes to videogame shit. There’s obviously a certain limitation that comes from using game characters, and fuck, Mario is always going to be Mario no matter how you spin it, but if it can be avoided I go out of my way not to directly parody the specific game I’m using for the skit and rather try to create a comedic scenario that works for the characters based on the way they’re designed. Dr. Kleiner from Half Life looks like he’s a doctor, so in the skit where he’s having the epic battle with the shitting guy you’re not supposed to really interpret him as “Dr Kleiner” but rather as “a doctor”, so it’s more believable when he tries to finger people’s asses. Because that’s what doctors do. Finger asses.

People draw the obvious comparison to Robot Chicken because of the formatting and genre, but sketch comedy is something that’s been around longer than color TV. The only real similarity to that show specifically is the transition. It wasn’t a big influence as far as humor goes.

Dexter: The Room. I love the magical writing Tommy Wiseau has brought to the world, such lines like “oh Hi Danny” and “oh hi Mark” really ring true to me. 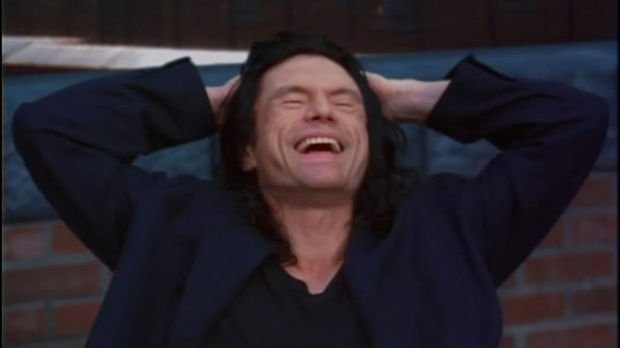 Dtoid: What do you make of your audience? Do you guess that they are just like you? Younger? Older? Faster? Stronger?

Lyle: There’s a lot of variation in the audience. There are my fans, Dex’s fans, any overlap of the two, and people who don’t know who the fuck either one of us are and just watch the show on Machinima. There are a couple things they all have in common. First of all, I hate them, and second they have shitty taste in everything. So yeah, I guess they ARE just like me as far as those qualities go. 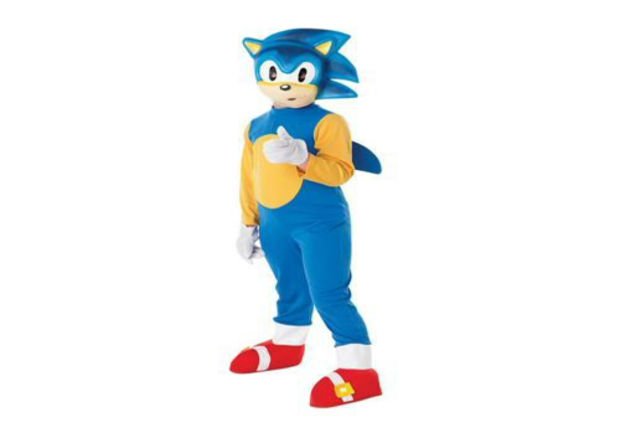 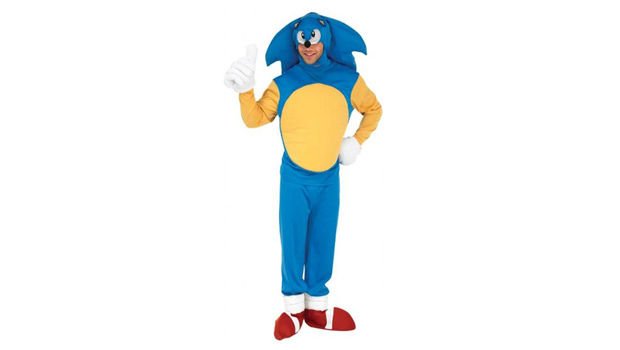 Dtoid: Like a lot of machinima’s, your videos seem to both mock and pay tribute to the way the voice acting and the behaviors of videogame characters sometimes appear totally disconnected from each other, both in terms of emotional inflection, logic, and otherwise (Example: Jill Sandwich). What is it about that disconnection that causes it to resonate so deeply with gamer culture?

Lyle: I could answer this but since these are pretty much all Dex’s skits I’ll let him do it. Gives me time to rub one out.

Dtoid: Are there any jokes that you feel would be taking things too far? Would you ever fear offending/mocking your audience?

Lyle: Any jokes that I would feel are taking things too far? No. Were it up to me every episode would be an hour long puppet show wherein the main character is my penis with googly eyes glued to it featuring liberal use of the N word. Unfortunately for the world both Machinima and Youtube have content guidelines that prevent me from doing this.

People getting offended by our show is honestly the best possible outcome. You are never more passionate about something than when it offends you. Think of it this way, if someone says “I like your shirt” you’ll probably just say thank you and that will be the end of it. If someone says “that shirt makes you look like a shit eating asshole” that can turn into a 3 hour argument, assuming that isn’t the look you’re going for. Maybe you’ll even tell your friend how some asshole who looks like they shop at a thrift store called your tight fitted purple Abercrombie tanktop into question, you shit eating asshole.

Regrettably most of our fans now seem indoctrinated to offensive material, but fear not. Plans to kill and replace them go into effect very soon!

Dexter: Not really, the only thing that falls under that category is I sometimes feel I can’t use a joke as it might be too mature for most of the audience and they wouldn’t get it. I think anything can be funny if you don’t take it seriously and you pull it off right, though using the word “faggot” is a big NONONONONO in the Machinima world. It makes the clearance guys shit bricks, so many in fact that they can build houses with them for the homeless, which begs the question.. surely using the word faggot is helping the community?

Dtoid:  Rumor has it this is the last episode of Sanity Not Included EVER. Then again, Ozzy said that 20 years ago, and I think he’s still touring. Are you sure the series is over? If so, what are you doing next?

Lyle: Whoever your source is, it’s likely they’re actively trying to feed you false information. Sanity will DEFINITELY have a third season. It’s got more than enough kick left in it for that, but at the same time, I wouldn’t want it to outstay its welcome and stagnate and I don’t want to just be known as “one of the guys who do Sanity.” I’m starting to get into music a bit more. Sanity’s opening theme and the ending credits song you heard in the finale were both by me. I’ve got a new series in the works which is music oriented, and I plan to at some point release a solo album, but it’s too early to go into specifics on either one of those things.

In the Ozzy analogy, I’m Zakk Wylde, and it’s like… 1995 or something like that. This seemed a lot more clever in my head.

Dexter: Far from it, we definitely will do a season 3 and we suspect it will be out around the first quarter of 2012 (if we aren’t all dead by then) though I think if we were going to continue after season 3 it would probably just be based on the animations, but I dunno who knows what the future brings! Hopefully many Cinnabons. 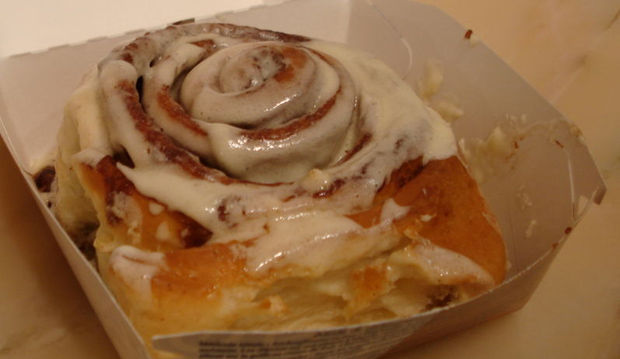 Dtoid: Is there anything I missed that you really want the Destructoid readership to know about Sanity’s Not Included?

Lyle: Sanity Not Included? No, but if anyone steals my idea for Manaconda’s N****rquest I swear to god I’ll cut their fucking jaw off.

Dexter: Eat your fruits and vegetables