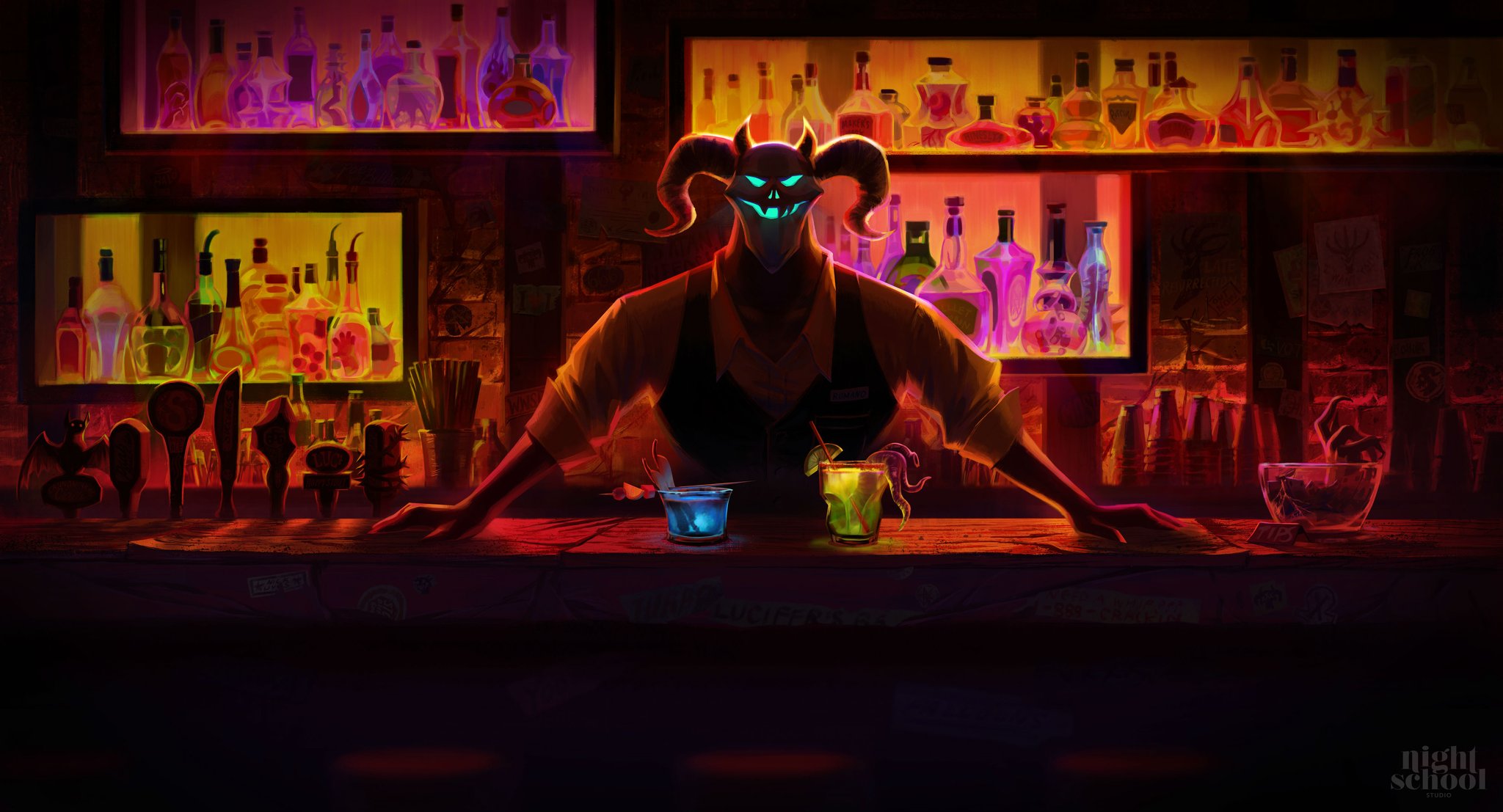 You won’t sleep when you’re dead

Night School Studio’s Oxenfree stuck with me throughout 2016. I couldn’t get its unique story and tone out of my head for months. One of the things I loved most about it was its characters’ irreverent attitudes in the face of total horror. They’re stuck on an island where ghosts are pouring out of time rifts and one of their friends is missing, but they still manage to make dick jokes. Laughter is the best coping mechanism, which is why horror-comedy is so great.

Continuing in that vein, Night School Studio has announced their next project, an adventure game called Afterparty about partying in Hell and outdrinking Satan.

You’ll play as Milo and Lola, best buds ’til the end and beyond. Recently deceased, they learn their only hope of getting back to Earth is to best Satan at drinking. According to the official site, you’ll “go on the best bender ever, uncover the mystery of why you’ve been damned, and drink the big guy under the table.”

Night School spoke with IGN about the game, describing their version of Satan as “Rocky Horror Kanye West.” They said they want to make drinking a “primary verb” — meaning there will be a designated button for taking a swig — and different drinks will give you perks that lower your inhibitions in various ways. You can smooth-talk demons, do some rounds of karaoke, or play beer pong with bikers, according to what you like to do on a Saturday night. It sounds a bit LucasArts and a bit Edgar Wright mixed with Night School’s distinct flavor, and I can’t wait to play it.