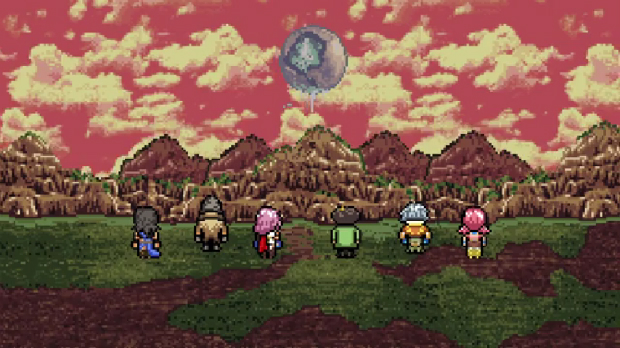 With Lightning Returns: Final Fantasy XIII releasing next month, players may need to get (re)acquainted with the (perhaps convoluted) story thus far. Square Enix took up this task, and produced a brilliant video to recapitulate the events from the last two games of the FFXIII trilogy.

Hours upon hours of talking about Cocoon have been condensed into the eight-minute video, but the real draw is that the entire game has been retro-fitted to look and sound like a Final Fantasy title from the 16-bit era. Even those former Final Fantasy fans who have no interest in what the series is today can find a little bit of joy seeing Lightning and friends as 2D sprites, saving the world from the flashes, buzzes, and pops that the old hardware produced.