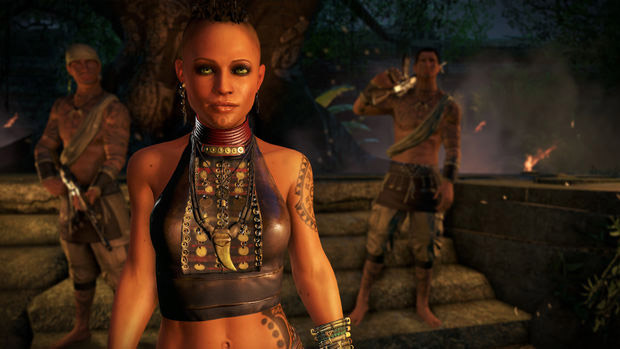 The trailer above details two of your main allies in Far Cry 3. Dennis Richards is a Liberian National who has found a home among the Rakyat tribe that lives on Rook Island. During my own playthrough that will go up tomorrow, I mostly deferred to him for the main story missions.

The other ally, Citra, is the leader of the tribe, and she probably kicks a ton of ass. I have a feeling that Citra will introduce you to some of the more challenging and rewarding missions in the game. I see a lot of crossbow action and rad magical powers in your future with her.