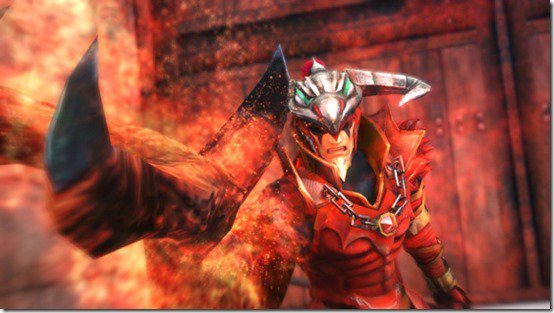 Hyrule Warriors is gaining a new polearm combatant soon with the addition of Volga, the badass fire-dragon warrior. In addition to changing into a freaking dragon, he also seems to have a wide array of attacks that mimic the Dynasty Warriors series.

As a reminder, Cia, Volga, and Wizzro will drop in Hyrule Warriors as free downloads. The first paid DLC will have story missions for Cia, as well as Epona for Link, two new costumes, and an extra Adventure Mode map.