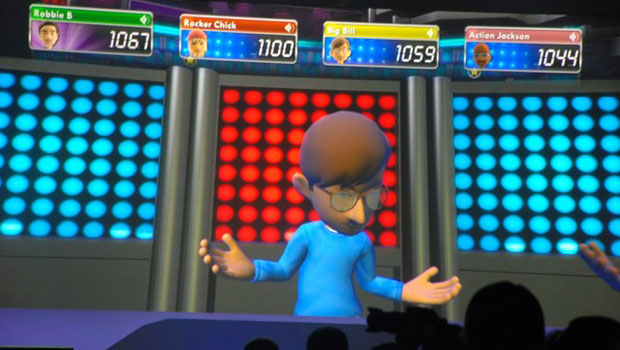 The ESRB has rated the upcoming 1 vs. 100 LIVE title coming to Xbox 360 sooner, rather than later. It’s not, as the ESRB points out, for the little ones — it’s rated T for “Teen.”

The rating reveals a few questions that will appear in the game (spoiler alert!) so you can get a head start. Examples: “What film features a scene where 12-year-old Dakota Fanning gets raped?” and “In Kill Bill, who plucks out Elle Driver’s left eye during the climactic fight?” Well, do you know the answers or what, smarty pants?

References to drugs like cocaine and marijuana can be expected, as well as sex (“same-sex relations, prostitution, sexually transmitted disease, etc.”). Also expect the words “a**hole” and “bitch” to appear. You had no idea 1 vs. 100 LIVE could be so naughty, right?