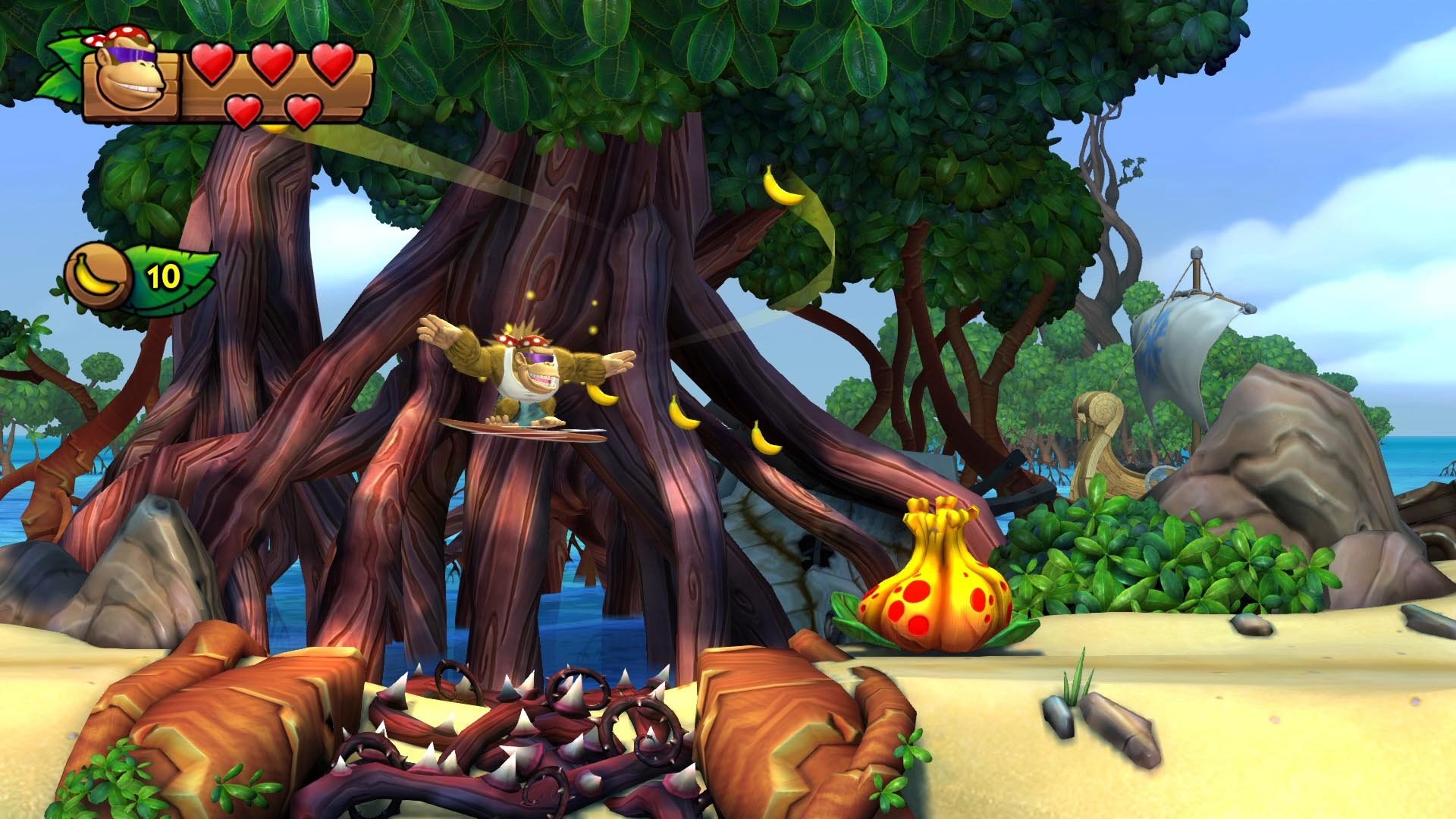 The $60 Donkey Kong Country: Tropical Freeze is nearly here, and a new Switch-centric trailer shows off a few nuanced features for the portable.

You’ll see a very brief smash icon for hitting barrels at the end of a match that entails both Joy-Con, as well as a quick demonstration of the portable feature, where two people can break off a piece of the Switch (read: Joy-Con, I just like the phrase “break me off a piece of that Switch”).

Despite the greed involved with the price I’m really looking forward to diving into this incredible platforming world again, and it’ll be even easier with the Switch on the go. The 3DS port of Donkey Kong Country Returns became my preferred way to play the game as the years went on and I suspect this Switch edition will be the same.