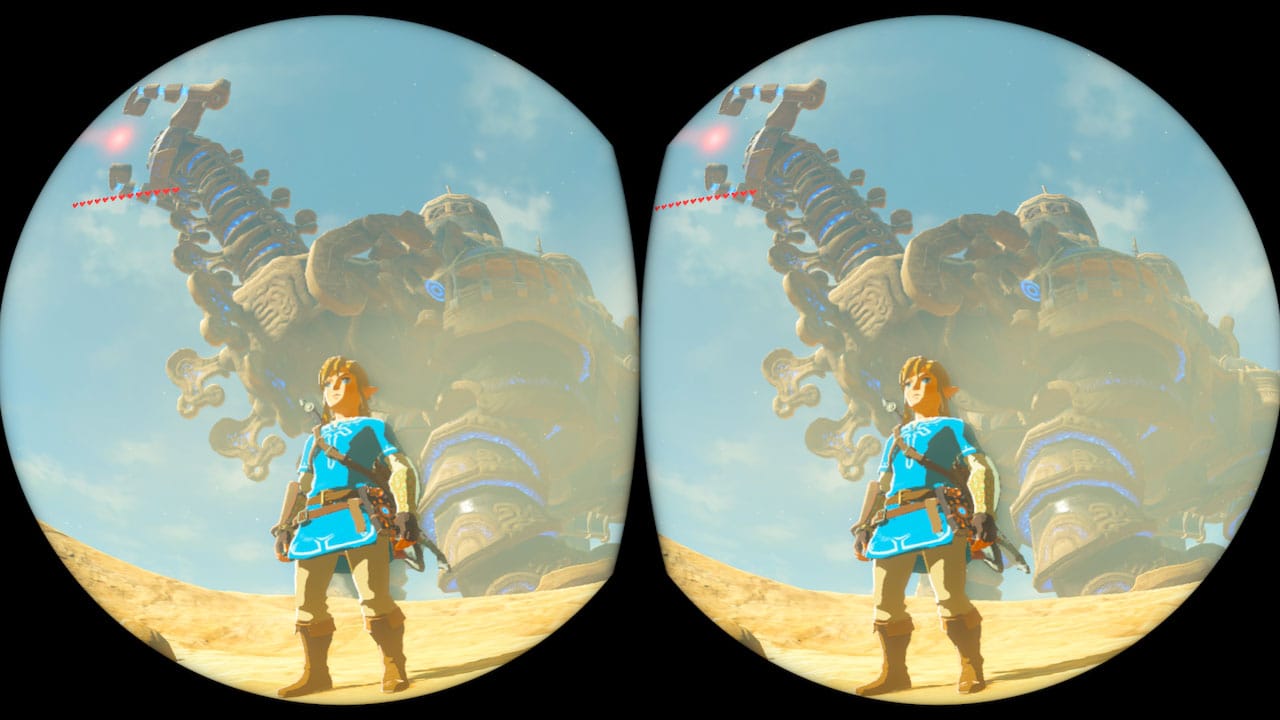 Next week Nintendo is moving their AAA scene into the VR age. Kind of.

Mario Odyssey and Zelda: Breath of the Wild are set to get their VR updates on April 25, which will allow the use of Labo VR goggles in a limited fashion. We got a glimpse of how that concept might work for Odyssey recently, and now Nintendo’s Takuhiro Dohta (who was the technical director for Breath of the Wild) has shared Zelda‘s take, which you can view in the gallery below.

For those of you who haven’t seen or used Labo VR yet, to be clear, this is not “a fully VR Zelda game.” Given that you actually need to hold the VR unit to your head manually, Nintendo even recommends that you use the functionality temporarily, swapping between VR and non-VR modes.

That mode, mind, can be swapped at any time (with gyro as its own toggle) from the in-game menu. So if you’re getting sick or whatnot you don’t need to save the game or force quit: just take the goggles off, hit pause and go about your day. In other words if you hate VR, no harm done. Download the update and act like it never happened. As for me, I can’t wait to find the highest mountain possible when I spawn into the world and give it a go.