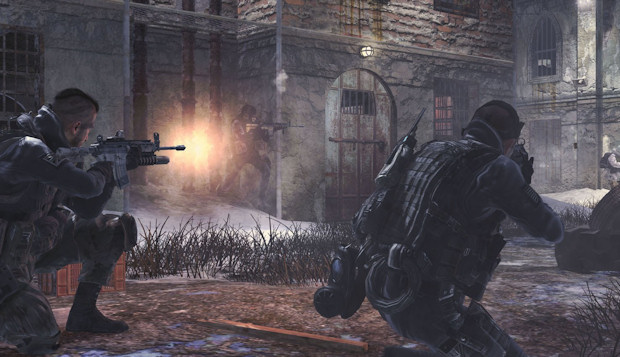 Modern Warfare 2 may be one of the biggest, most mainstream games ever to be released, but it’s also been the most controversial. Aside from the whole PC debacle, Infinity Ward has also generated much debate over the infamous “airport scene,” in which players get to shoot unarmed civilians in an airport. Unsurprisingly, game-hating Germany has a problem with this, and so will be getting its own censored version.

In the German version of Modern Warfare 2, you will not be allowed to kill the civilians without punishment. You can certainly shoot at them, but doing so will grant you a game over screen. While other versions will give players the option to play this controversial scene however they want, the German edition makes the decision for you.

I’m actually surprised the scene was allowed to stand in the first place, so I suppose a gimped version is better than no version at all. There’s no word on whether that other game-unfriendly country, Australia, will get the same treatment, so we’ll just have to wait and see.

I think it’s a shame that Germany is so afraid of videogames tackling subjects like these, and that what could be one of the most unique and raw scenes in gaming history has been altered in such a way. What do you think of this? Is Germany on the right track in forcing Infinity Ward’s hand here? Should our morality be decided for us in all versions of the game? Does it even matter?