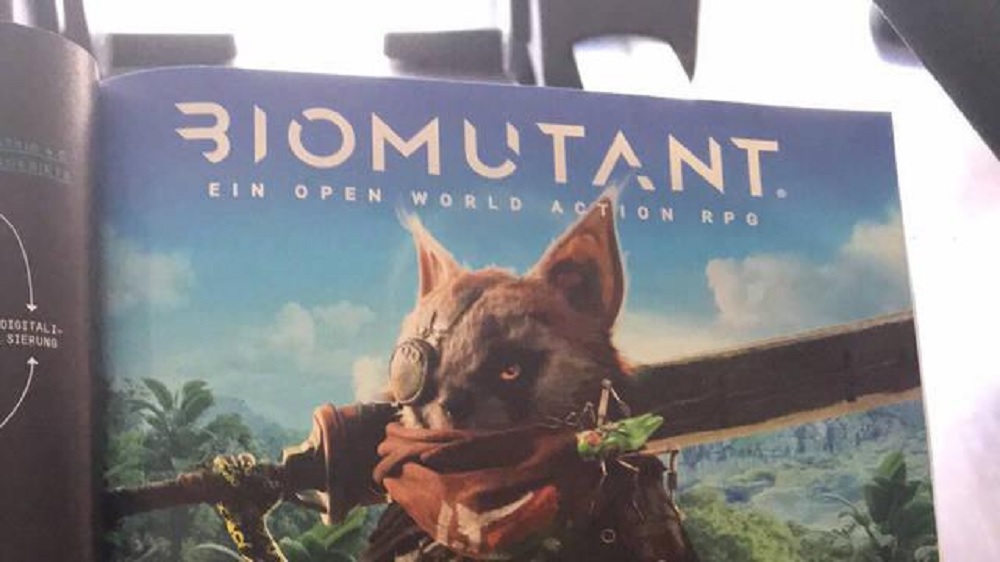 Everyone was kung-fu fighting!

An advertisement from a German gaming magazine (now archived on Reddit) has spoiled the announcement of a brand new open-world action RPG from THQ Nordic. Called Biomutant, the game features a post apocalyptic setting with anthropomorphic characters utilizing kung-fu. Sounds absolutely bonkers (no pun intended), if you ask me.

The game is coming to PS4, Xbox One and PC sometime next year with the leaked ad translating to “beginning 2018.” That could mean Q1 or just that the game is releasing, so speculation is all we have. The developer will be Experiment 101, a Swedish studio formed by ex Avalanche members (developers behind Just Cause).

“We will be demoing the studio’s first title on the show floor at Gamescom – an open-world action-RPG not like anything you’ve seen or played before. We’ve been hard at work on this for some time and I am happy to finally be able to share it. Really looking forward to it. Made with UE4.”

If that was this game, then the cat’s out of the bag. They can’t scurry away from this one. They’ll be coughing up furballs in frustration. Mice will take over the office. Some other cat related pun.